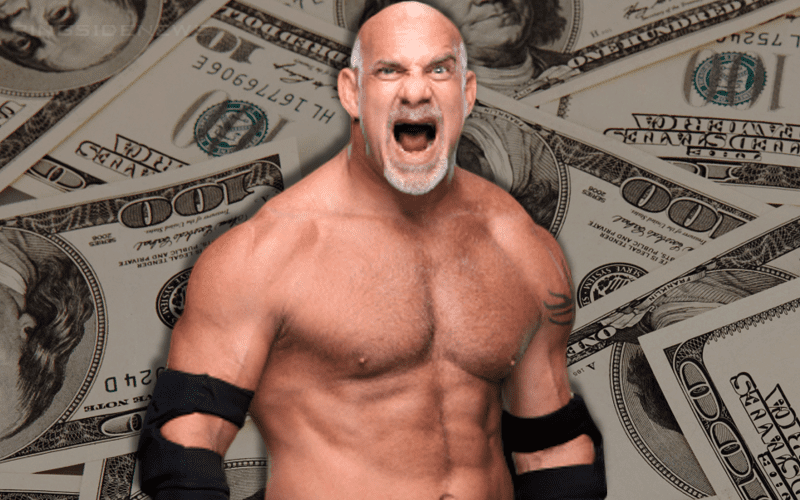 Goldberg got paid a boatload of cash for his one Saudi Arabia match. Summerslam is no different.

WWE has pretty deep pocket and they opened them to get Goldberg back in the ring. Brad Shepard reports that Goldberg is making $600,000 to work one match at the biggest party of the summer.

According to a source in #WWE, Bill Goldberg is being paid $600K to work #WWE #SummerSlam.

Considering the fact that his match against Dolph Ziggler is probably only going to consist of a spear and a Jackhammer, that’s a pretty good day at the office for Goldberg. It’s not as much as he made to wrestle in Saudi Arabia, but he also didn’t have to fly around the globe to make it to Toronto.