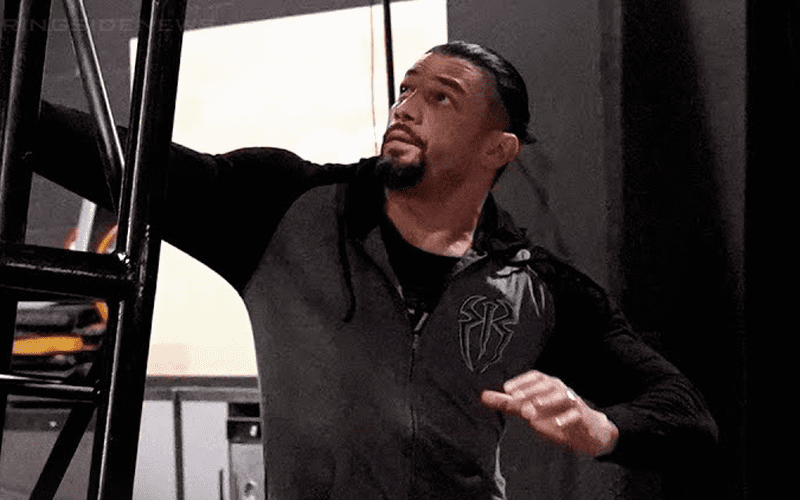 Roman Reigns was involved in a backstage segment this week on SmackDown Live that probably looked way better on paper than how it turned out appearing. Now he’s talking about it.

Not only did The Big Dog appear to be unphased by a bunch of production equipment falling on him, but he was also clearly under a piece of the set as it fell in one shot they used. It was chalked up as someone not tying a forklift correctly and no foul play was mentioned.

Reigns understands that mistakes happen as he continued with WWE’s narrative that throws their production team under the bus.

At this time I think the #SDLive incident was a mistake by the crew, which I love and respect. I respect the machine and the team that builds it and I understand mistakes happen.

The men and women who work on the production team in WWE work long hours and their job is hard. So it’s good that Roman Reigns is giving them a pass on accidentally squashing him with a bunch of stuff that didn’t need to be on a forklift anyway.

It will all likely lead to Daniel Bryan coming out as the culprit in the end which will set up their match at Summerslam. Hopefully, that match will be announced this week because August 11th is is seven days away as of this writing.