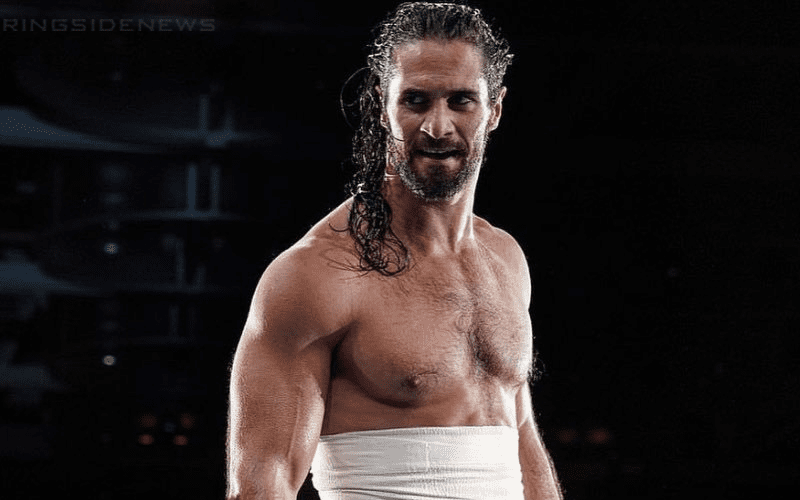 Seth Rollins took a tremendous beating from Brock Lesnar on Raw this week and it was actually way worse after they added extra danger.

Rollins still worked the road last night in Fort Wayne. He was in a hardcore match against Baron Corbin and it was quite a night for him. Because The Architect wrestled with his ribs taped up and sold his injury throughout the entire match.

Even before the bell range, Seth Rollins was holding his ribs and selling Brock Lesnar’s brutal assault. Then he wrestled Baron Corbin.

Hopefully, Seth Rollins isn’t really injured after that beating, but it stands to reason why he would still be a little banged up. He still gave the Fort Wayne a good match against Baron Corbin who actually wrestled in a t-shirt this time and not his usual TGI Fridays vest.

We’ll have to wait and see how WWE plans on following up with their huge beat down next week, but Rollins was still selling the attack last night.