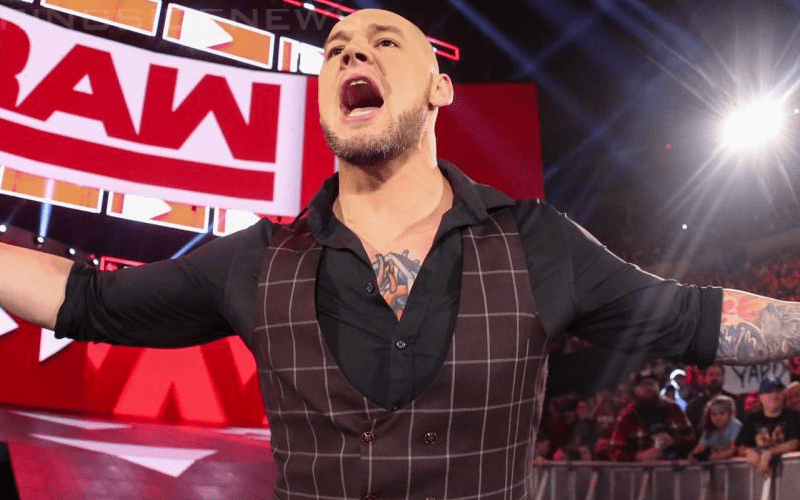 Baron Corbin has been wearing a waistcoat and a vest to the ring since he was turned into the RAW General Manager. This caused a lot of fans to troll the living crap out of him because he looks like a TGI Fridays waiter. Now it looks like he’s ditching that attire, at least for one night.

While it’s unknown if he plans on sticking with this new look, Baron Corbin seemed to stray from his usual attire as WWE rolled into their final stop on their latest UK tour. He was wearing a t-shirt instead which really didn’t look bad on him.

He looked way more like his Lone Wolf gimmick as he faced Braun Strowman. We will just have to wait and see if he keeps this updated look or whether it was simply a case of him not having a clean shirt to wear for the show.

Our questions are likely to be answered as Corbin makes his way to the ring at this Sunday’s Money In The Bank event where he is setting his sights on becoming a two-time MITB briefcase winner and not blowing it this time.