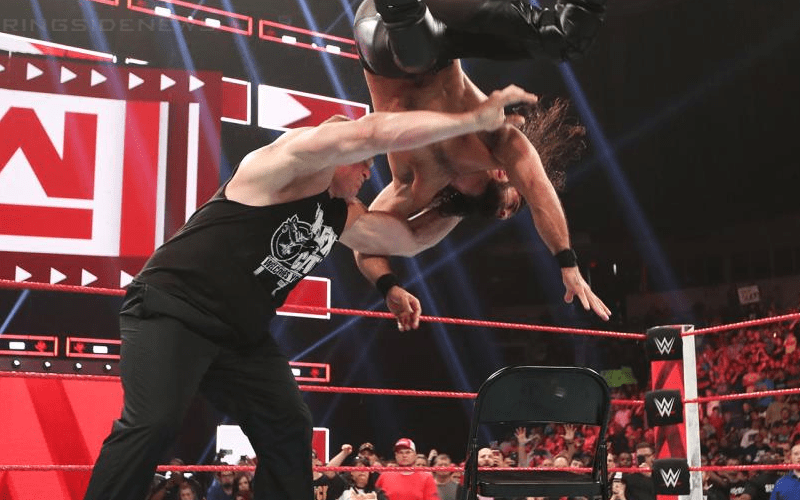 Seth Rollins took a really bad beating at the end of Raw this week, but apparently the original plan was for it to not be as bad. That didn’t work out because Rollins took a load of F5s on an unfolded steel chair in brutal fashion.

We previously reported that WWE is desperately trying to make Seth Rollins look cool. We also reported that there were only two segments that WWE needed to change this week and Rollins’ beating was one of them.

Brad Shepard reports that the chair wasn’t initially a part of the segment nor were those stiff chair shots from Brock Lesnar.

According to a source in #WWE, Seth Rollins was originally supposed to take an F-5 in the ring, and then one through the announcers table. The decision to up the ante was made by Paul Heyman, with Seth agreeing to those rough chair spots, of course. #WWE #RAW

Seth Rollins really took one for the team on Raw this week because that was one serious beating. It wouldn’t surprise us at all if Seth gets to sit out the weekend’s house shows because he’s still selling his injuries after an assault like that. Then again, he’s a workhorse and might insist on performing anyway.