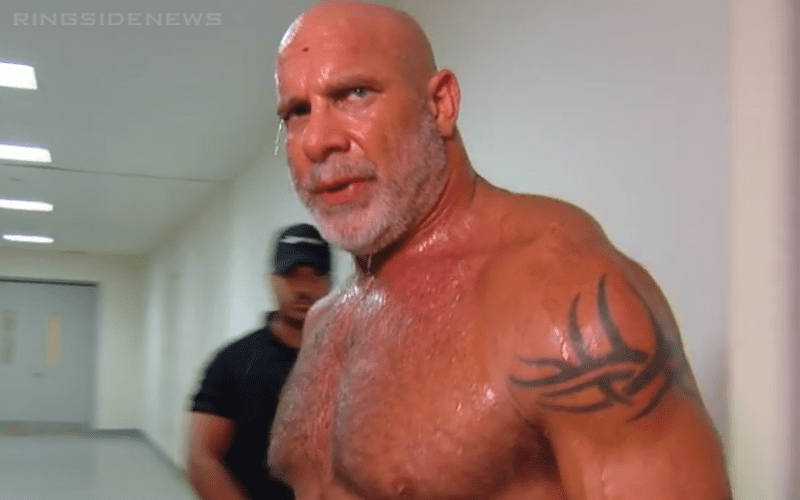 Dolph Ziggler’s match with The Miz at Summerslam was confirmed this week, but then it was reported that this was a red herring. It’s interesting that WWE would book a match with the intention of changing it, but that’s apparently what they did.

Dave Meltzer said during Wrestling Observer Radio that the person Ziggler is going to be wrestling will “make people mad.” Then he proceeded to explain that The Show Off will actually be wrestling Goldberg instead during the August 11th event.

“It’s just a funny story about how this all transpired. As you know, I’ve said that Dolph Ziggler has an opponent, I just don’t know who it was. I was just told that it’s not The Miz and it’s not Shawn Michaels.”

It was said that “everyone who supports [Goldberg] wants him to” make up for the match he had in Saudi Arabia with The Undertaker. However, Meltzer never previously reported that Goldberg would be wrestling at Summerslam until now.

Meltzer went on to explain that “idiots” misreported what he said and claimed he had previously reported that Goldberg would be wrestling at Summerslam. Then Meltzer said that he got a phone call from someone in WWE over something he didn’t say.

“So, thank you to these idiots because I got a call from someone in WWE who was talking to me about ‘How did you know it was Bill Goldberg?’ They didn’t realize that I said I didn’t know because all these people had said that, but I never said it in the first place. So, in fact, it is Bill Goldberg, and that’s how I found out. Isn’t that wonderful?”

It will be interesting to see when they break the news on WWE television about Goldberg’s now-reported return to the ring. Dolph Ziggler will also be a better opponent for him as well because The Show Off will definitely be easier to hit with a Jackhammer.

It looks like all of the digs that Ziggler was taking at Goldberg will actually pay off in the end. Let’s hope that he is able to pull off a better performance than he did in Saudi Arabia.