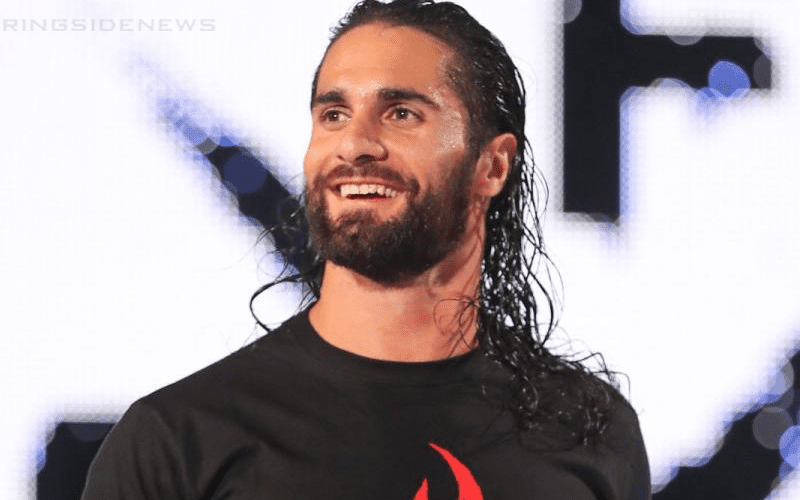 Seth Rollins has a big match in store for him at Summerslam and it’s the same position he was in going into WrestleMania. In the process, WWE really wants to get him over with the fans. Because his title reign didn’t see the best house show attendance at all. In fact, if you go by the numbers Jinder Mahal was a better champion.

Dave Meltzer mentioned on Wrestling Observer Radio this week that WWE is “desperately” wanting to make Seth Rollins look cool. The real question is whether it is working.

They’ve done enough to help that along. WWE gave Seth Rollins a title, some catchy lines, and they let him show off the fact that he’s dating Becky Lynch on television. However, the IWC is beginning to disagree.

This week’s “blood and guts” storyline with the Brock Lesnar assault was not only reportedly one of the only two things WWE needed to change about Raw this week, but it also made him look like a guy who gets after beating and keeps on coming back.

Rollins was also booked for a segment with DX during the Raw Reunion where he was the one who got to yell: “and if you’re not down with that, we’ve got two words for ya!” Then everyone yelled “Suck it!” because that’s how the bit works. Ricochet was initially supposed to get that spot, but WWE swapped him out when The One And Only had an infection issue.

We’ll have to see if WWE just eventually comes to a decision that the best Seth Rollins is a heel Architect. Until then, apparently, they are going to keep trying to win over fans by making him a cooler babyface.