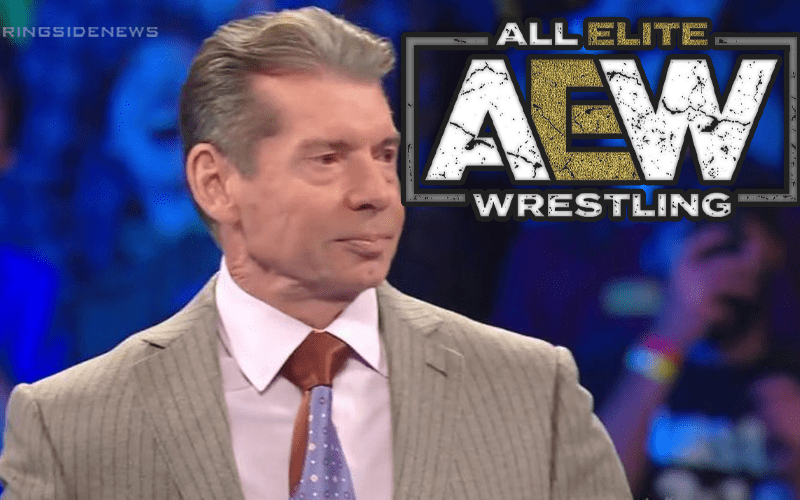 WWE has gotten a lot of attention recently by pushing the envelope of TV-PG. This has received a lot of praise from fans hoping the company might return to their previous TV-14 style, but during the second quarter investors call, Vince McMahon had a chance to address it. He also threw a little dig at AEW in the process.

The Wrap reports that McMahon said that WWE will get a little edgier, but they will not be treading anywhere near the previous Attitude Era. WWE does plan to take things to “another level,” but they won’t be getting raunchy.

“We just haven’t come anywhere close, actually, to going to another level. There will be something we do in terms of a direction of content — more controversy, better storylines, etc. — but at the same time, we’re not gonna go back to the quote Attitude Era, and we’re not gonna do blood and guts and things of that nature, such as being done on perhaps a new competitor.”

Vince McMahon was referencing AEW with the second part of that remark. However, as Tony Khan previously stated AEW’s TNT television show won’t feature the blood and danger that their pay-per-view events have since those are special situations.

As Vince sees it, WWE has “graduated” from that “gory crap” anyway.

“We’re not gonna go back to that gory crap that we graduated from.”

Later on, McMahon commented on AEW again by saying: “I can’t imagine TNT will put up with that.”

WWE’s big concern might not really be AEW. Because this quarter reflects numbers from a time before they even had a weekly television show. Now that All Elite Wrestling will be on TNT every Wednesday night, they could have an even bigger issue when the fourth quarter numbers roll around. Because even if AEW doesn’t use a lot of “gory crap” on their show, it will still create a lot of buzz in TNT’s direction.