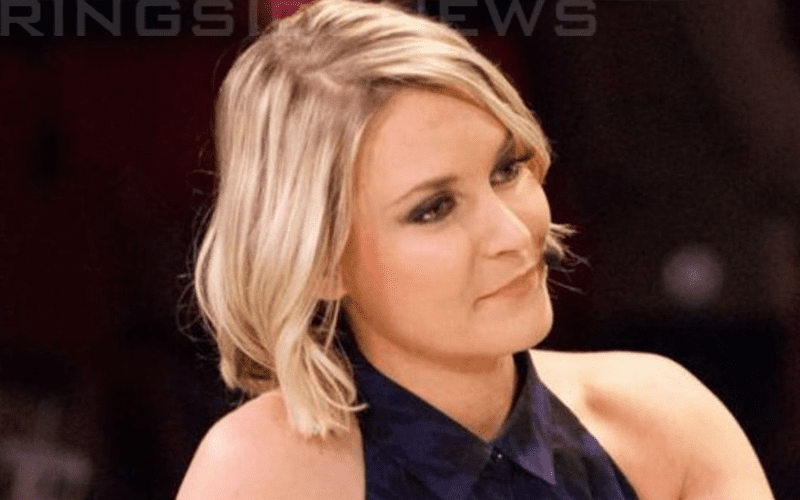 Renee Young recently addressed her haters head on when she admitted that she’s not a great announcer, but she’s working hard. She’s getting better all the time and it’s not easy learning a new craft while the world is watching.

Young might have received some fans’ comments who are continuing to drag her in a big way, but she has some big support from WWE Superstars as well. Some of them have taken the time to stand up for her and lend their words of encouragement. Paige was even ready to fight someone for her.

Nia Jax, Paige, Natalya, and more have now rallied around Renee Young. As they came to her defense, it not not only paints a picture of how hard it is to do her job, but also how much she’s loved in the WWE locker room.

Hopefully, WWE will let her keep improving at being an announcer. Even if that doesn’t work out 100%, she’s been eyed as the host of their new FS1 news show so that might be an excellent spot for her as well. Or, she could do both jobs and let the haters keep playing their little games.