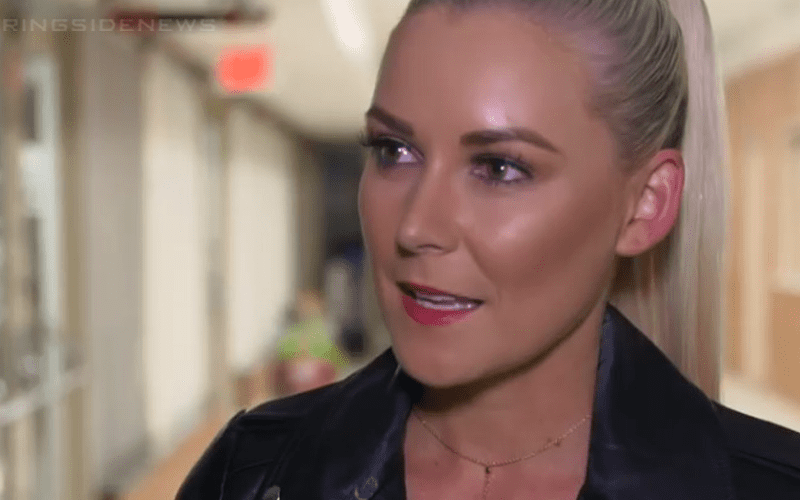 Renee Young had some commentary experience before accepting the full-time job on Raw, but it was in NXT and short-lived. There was a while when Renee Young said she wasn’t interested in a commentary role, but then she ended up taking on the job.

Yesterday one fan called Renee Young out for not being good on commentary. Then she made a quip about the checks still rolling in. Someone replied saying that she needs to watch talking about money because Seth Rollins made a real heel turn online when he started bragging about the size of his bank account.

This is when Renee Young had to set the record straight and let everyone know what’s up.

Here’s the truth. I know im not great on commentary, but it’s my job. I try to get better each week. People love to tell me how bad I am at it as if I think I’m great at it. So I should just quit? What would that say about me? Not easy to learn a skill on a gigantic global tv show

Natalya praised Renee Young for learning a new skill in front of the entire world. She works hard to be the kind of commentator that they want her to be on WWE television and it’s been a lot of work.

Hopefully, Young will be able to win over some fans, but until that happens she just might have to get used to all of the hate coming her way.