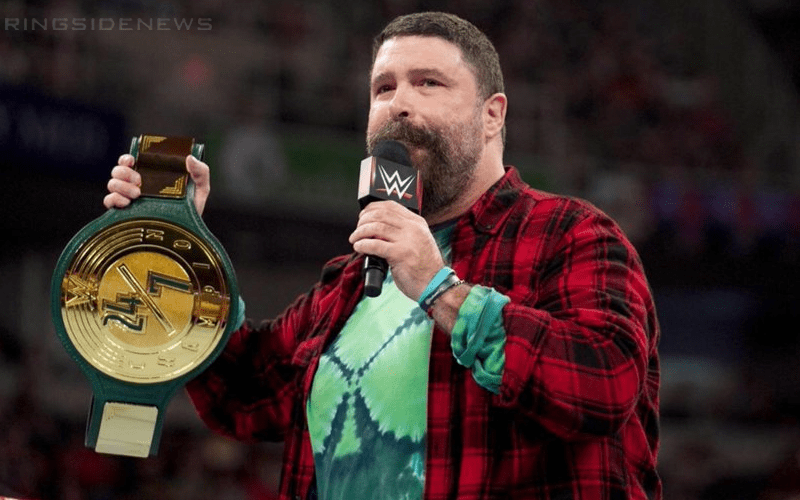 Mick Foley was really down on himself when the introduction of the WWE 24/7 Title went over like a lead balloon. Now it looks like that could be one of the most popular titles in the company thanks to the creative direction of R-Truth and Drake Maverick running with the idea. That title could be in danger soon enough because Mick Foley wants it back.

WWE’s Raw Reunion show is going down on Monday and there are going to be a load of Superstars from the past to show up. Mick Foley tweeted out that he’s not just showing up to make an appearance. Because he wants to bring his “baby” home with him.

That baby in this instance is the WWE 24/7 Title.

This could be very interesting and might result in a free-for-all as legends from WWE’s past all scramble to recapture some former glory. Or it could just be hilarious to watch R-Truth hide in another crate all night.

Either way, we’ll be watching and awaiting the WWE 24/7 Title to make an appearance. Because that ugly belt has quickly become one of the best parts of WWE’s weekly television shows.