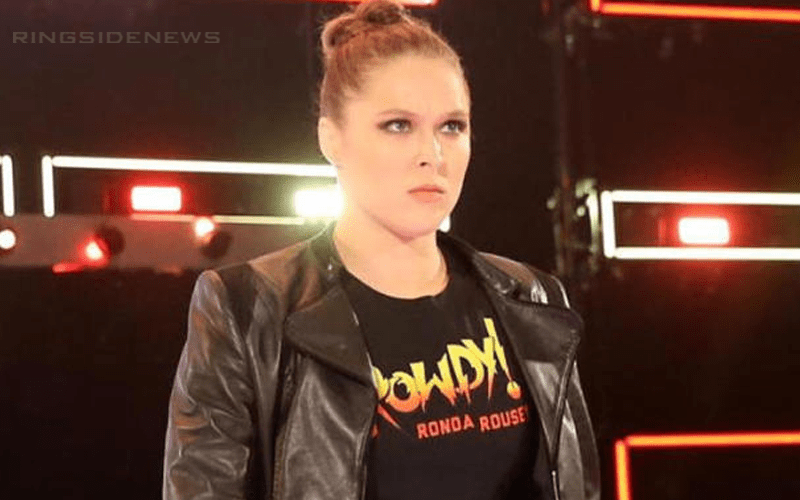 Ronda Rousey left WWE after WrestleMania and she hasn’t been seen on WWE television since. Her busted hand is all healed up now, but she’s still enjoying her time at home on Browsey Acres with her husband Travis Browne.

Rousey reportedly wanted to go home and have a child, however, that impregnation vacation might be taking a hiatus of its own soon enough.

Brad Shepard said on Oh, You Didn’t Know that at this point Ronda Rousey’s name is coming up more often in WWE’s office. Therefore, the current thinking is that her return to the company is inevitable.

“As I recently reported Ronda Rousey’s return is inevitable. I’m told her name is coming up more frequently in the office. She does have a friendship with Nattie and unfinished business with Becky Lynch so that could be a way to re-introduce her. We’ll see if that happens, but that is certainly an intriguing option.”

Rousey doesn’t have to make a return as a full-time Superstar in the same spot she used to fill at all. In fact, any kind of appearance for the Baddest Woman On The Planet might suffice at this point.

WWE is missing her star power and apparently, her name is coming up a lot more nowadays so that could be a good thing for fans who missed seeing her.