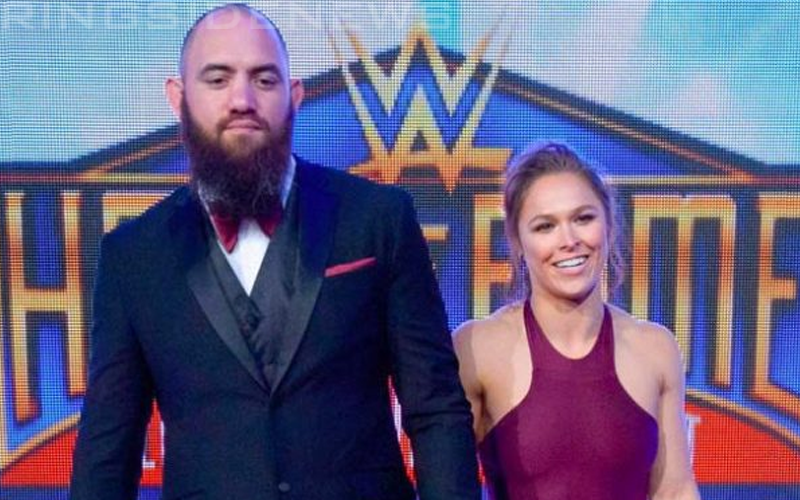 Ronda Rousey worked for a year-straight with WWE as a full-time Superstar. Her contract is for three years, but those last two only state that she will be around to represent the company. She could likely work a Brock Lesnar schedule, but that’s totally up to her.

She doesn’t like talking about her reproduction, but she recently broke that silence in a big way. Rousey uploaded a picture of herself with husband Travis Browne on Instagram with the hashtag “Impregnation Vacation.”

It seems that Rousey is set on starting a family with Travis Browne as we’ve previously reported. This would definitely set her out for at least nine months if she gets pregnant, but the reality is it could be even longer before she can make a return.

We will have to wait and see when Ronda Rousey will be able to come back. WWE would love to have her back later this year and already left the door open for a match against Becky Lynch. From the look of things Rousey and Browne might have already gotten started on the next chapter of their lives together.