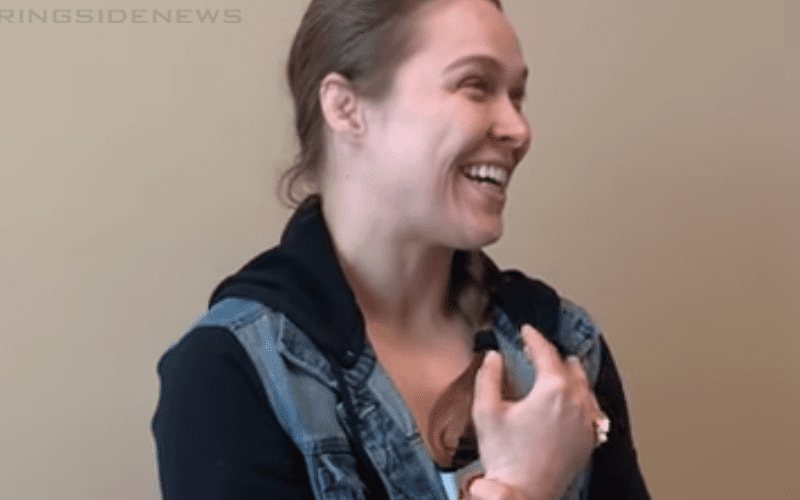 Ronda Rousey broke her hand at WrestleMania as she laid punches into Becky Lynch. She was burdened with a cast and pins in her hand, but those day are now over for The Baddest Woman On The Planet.

Rousey might not be thinking about a WWE return during her impregnation vacation, but now it will be easier for her to take care of her farm animals without a pesky cast on her hand.

The former RAW Women’s Champion recently uploaded a video to her YouTube channel documenting the event of her cast removal. Needless to say, she was in a very good mood to get a saw to her cast and free her hand.

Then it was time to get the pins out which was documented in full detail.

The video isn’t for the squeamish because it is a medical procedure, but if you’re into seeing stuff like that then you can watch the video below.