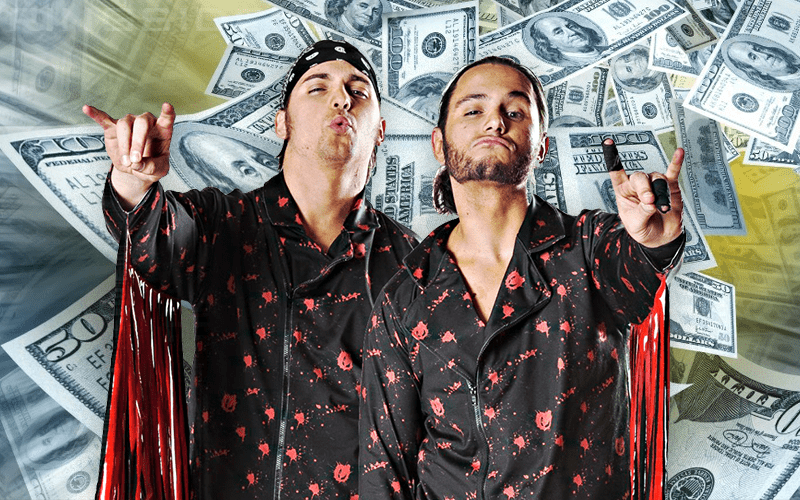 AEW promised to change the pro wrestling economy from their very first Jacksonville rally. This is exactly what is happening, even if all of those contracts aren’t coming from AEW.

WWE is paying their Superstars a lot more right now. The Good Brothers, AJ Styles, and more have re-signed outstanding long term deals in the past few months. A lot of people are pointing toward AEW’s existence and the possibility of Superstars jumping ship to this change in WWE’s pay structure. It also doesn’t hurt that WWE has a load of cash coming in from their upcoming television contracts and Saudi Arabia.

While speaking to Chris Van Vliet, The Young Bucks discussed the idea that AEW was actually able to change the wrestling economy already. They said how great it is to know that their friends are getting paid way more and are actually able to be “finally making money for the first time in their careers.”

This has to be a great feeling because even if the atmosphere is competitive, Nick and Matt Jackson still have some very good friends employed with Vince McMahon as independent contractors.

Nick: We’ve changed the whole pay scale for everyone in wrestling, which is awesome. A lot of our friends are getting paid and they’re finally making money for the first time in their careers. It feels good, it feels awesome.

Matt: The pressure has been put on everybody in the professional wrestling business … Everybody is trying harder now. It’s very competitive again. We need competition again. The industry needs it to survive.

AEW has the financial backing to sustain themselves through a growth period. Hopefully, they will be successful because a lot of fans might be completely disenfranchised with the entire pro wrestling business if they go away quickly. That’s not likely to happen with the Khan Family behind things.

Vince McMahon might be able to offer some great deals to Superstars, but you never know if AEW could also have a tempting deal and opportunity for some people down the line that will convince them to make a jump. The same goes with the other way around as well, but the important part is that pro wrestlers seem to be making a lot more in today’s pro wrestling landscape.