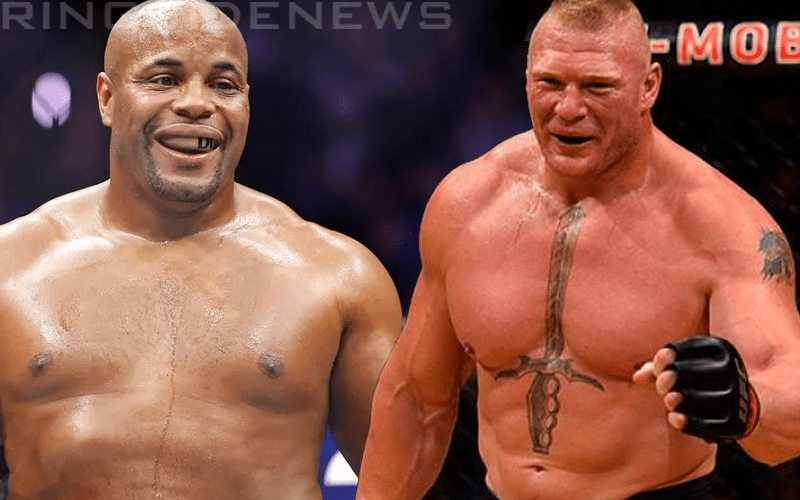 Brock Lesnar vs Daniel Cormier is not going to happen in the UFC, but WWE seems to be a possibility.

WWE’s cameras were able to catch DC at the red carpet before the ESPY awards. Cormier was his same jovial self which is a huge departure from the man he is in the cage. He joked that he might just have to follow Lesnar to WWE after a UFC fight couldn’t happen.

“I was hoping to fight Brock Lesnar, but he didn’t. These guys took him from me. Maybe I’ll follow him over there. We gotta do it in WWE.”

This is very interesting and it might not be too much of a joke either. While DC wrestling a match might not be possible, he has flirted with the idea of joining WWE’s announce team. We will just have to wait and see what happens, but DC and Brock Lesnar might end up in the same company once again sooner or later.