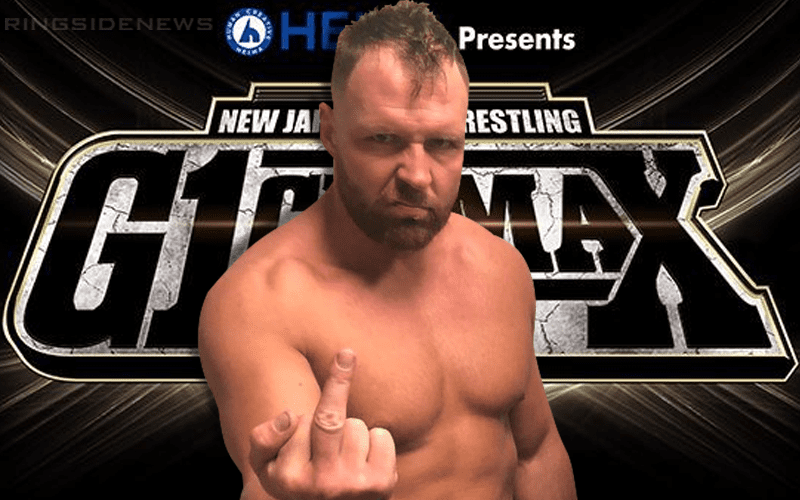 Jon Moxley is now with both AEW and NJPW. He is signed on with AEW, but he is still permitted to work for NJPW and he is also in the G1 Climax 29 round robin tournament. However, he didn’t appear at all for NJPW during their Dallas show.

The word was that Jon Moxley was prohibited from appearing during at U.S events for NJPW. This included the press conference before the G1 event in Dallas. However, Moxley says that’s not the case.

As Moxley spoke to The Store Horsemen, he revealed that he didn’t work the G1 Climax event in Dallas because he simply wasn’t booked.

“I wasn’t booked on that to begin with. That is nothing. I was previously engaged when this happened. So, I will start on July 13th.”

“Every possible opponent I could want is on the table. It’s all going to happen, so I do not need to be in a rush.”

This is pretty interesting because although the reports seemed to be pretty solid and Jon Moxley was missing from the event, apparently, this was not a mandate from AEW.

Moxley is probably the best source of information you can get about this situation and he said he just wasn’t booked from the beginning.

The G1 event in Dallas was an A Block event and Moxley is in the B Block. So it makes sense to a degree that he wasn’t booked even if other B Block participants took part in other matches on the card.