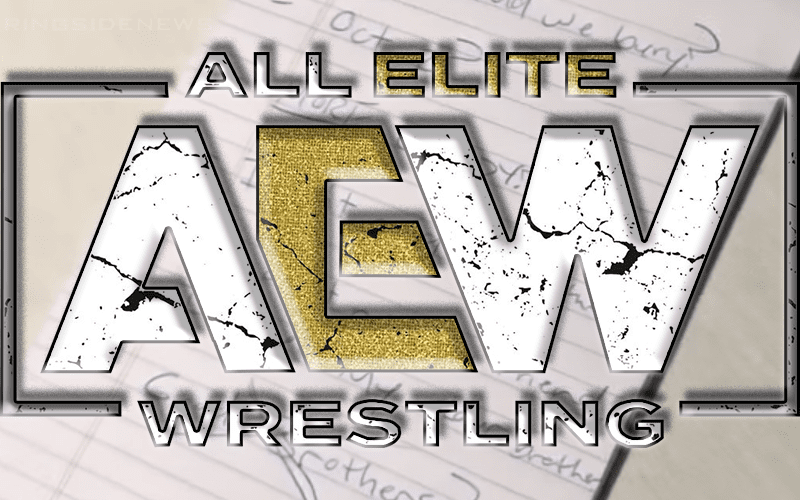 AEW has a lot of options, but they might have teased some interesting inside jokes about the pro wrestling business this week on Being The Elite.

Obviously, AEW wanted The Good Brothers, because if you were paying attention during the beginning of Being The Elite they were just getting around to crossing them off of their list. After signing new huge five year WWE contracts Luke Gallows and Karl Anderson will not be seeing what AEW has to offer after all.

There was also a very interesting date of October 2nd written down, but on the paper it was written with a question mark behind the date. Dave Meltzer speculated their television debut date would but October 2nd due to the idea that Wednesday Night Dynamite was recently copyrighted by AEW. To be honest, they could copyright every day of the week because they’re all likely available. This tease about October 2nd was obviously noticed by The Young Bucks so it was included on this list.

The list also asks “who should we bury” and “more comedy?” One of the Young Bucks also wrote “I don’t need a partner” which could have been a nod to Cody Rhodes’ Double Or Nothing speech to Dustin Rhodes, or it could be a hint that the Young Bucks might eventually get to try their hands at legit runs as singles stars in AEW.

All Elite Wrestling has a lot of options and they are obviously going to keep teasing fans because they like to have fun and that’s what pro wrestling is all about. Being The Elite was certainly fun this week. You can check it out below.