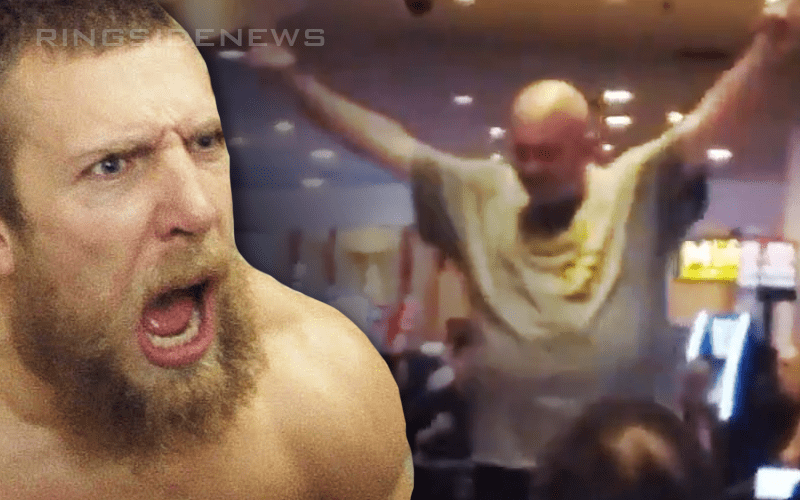 The World Series Of Poker is a very serious deal for a lot of people. Apparently, one guy showed up and wanted to make the Las Vegas event all about him.

We’re not sure what got into this WSOP fan, but he was obviously feeling the excitement in the room. So he jumped on a gaming table and started putting on his own show… without any pants.

The police surrounded this man belting out “Yes chants” and just watched until he pulled his shorts down to reveal what he had (or was lacking) down below. At that point, he was promptly pulled from the table because his time as a stripper in Las Vegas had come to an end.

This man was arrested and rightfully so. After all, nobody showed up to see this guy’s pale ass on a gambling table. However, this misdirected soul was one of our own as a WWE fan — because he started chanting “Yes” just like Daniel Bryan and The Miz… we’ll just say he’s a Miz fan.

It should be noted that the crowd who had to witness this (we’re assuming) drunken event only really started chanting “yes” when this dude was arrested. At least he went quietly with police.