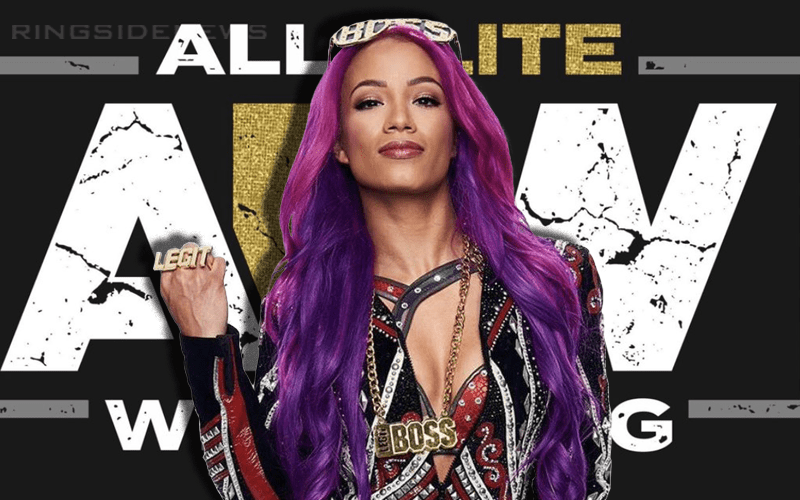 Sasha Banks isn’t back in WWE just yet, but she is obviously paying attention to what is going on in the world of pro wrestling.

We previously reported that AEW will be revealing a new Women’s Title at All Out. This is very exciting news, but it might also be very interesting for Sasha Banks.

In a move that we didn’t really see coming, Sasha Banks retweeted the third installment of Road To Fyter Fest which contained Brandi Rhodes’ announcement of an AEW Women’s Title.

It should also be noted that Banks was briefly featured in the episode as well when she appeared in an old picture alongside Private Party during their promo.

You can check out a screencap from Banks’ timeline below. We seriously wouldn’t believe it unless we saw it either.