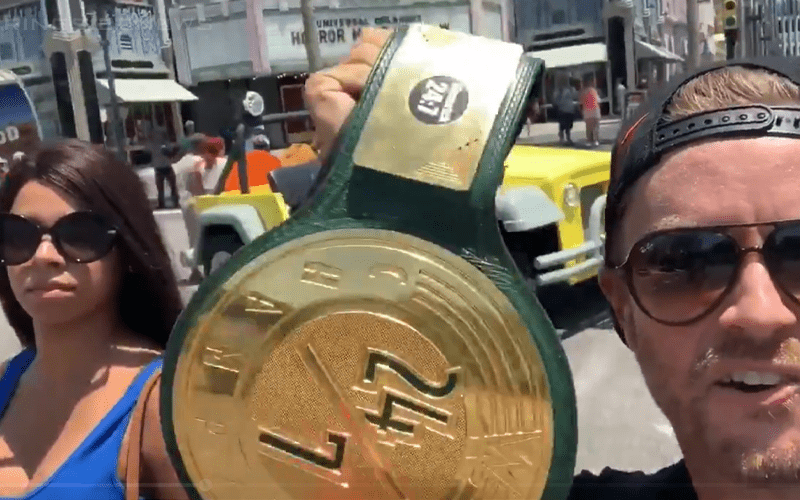 Drake Maverick won the WWE 24/7 Title and since then he’s been a very entertaining husband to Renee Michelle. We find this bit hilarious, but she might have a totally different story if you ask her.

So far Michelle has been through the airport with Drake Maverick as champion and celebrated the 4th of July with EC3. She wasn’t happy about their honeymoon location being in Orlando either. Because they live in Orlando.

The newlyweds made the most of it and went to Universal Studios today, but the same old shenanigans continued. At least Renee Michelle started out this video super irritated as she told Drake to “put that damn thing away,” in reference to Maverick’s 24/7 Title.

You can check out the video below. There were no title changes in Universal Studios, but the honeymoon will probably continue for Drake and Renee.