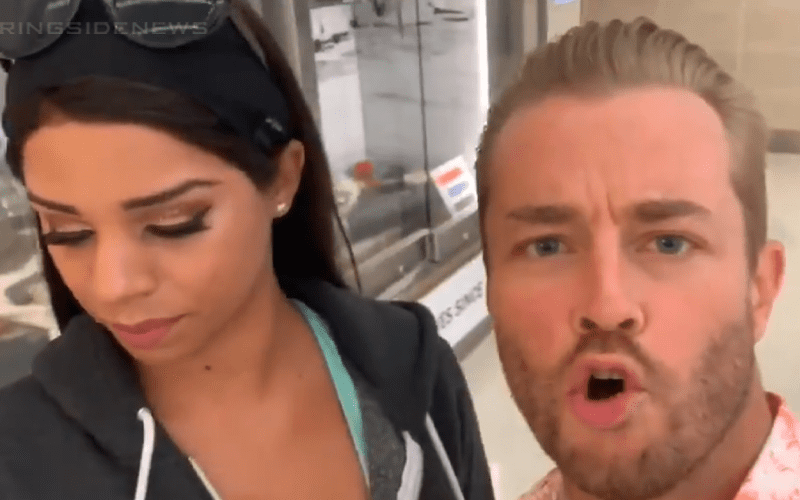 Drake Maverick is the WWE 24/7 Champion and he’s very happy about it. The victory party started early and he hasn’t stopped celebrating since.

We previously reported that Renee Michelle is now a character on WWE television. It’s unclear if she signed any type of deal, but she’s playing the part of annoyed wife perfectly. Her and Drake really do make a great couple on and off screen.

You can check out the video below. Needless to say, it’s going to be a great honeymoon for at least one of them because Drake Maverick is the champion.

Let’s see if Drake Maverick is still enjoying his honeymoon when he inevitably gets pinned by R-Truth out of nowhere.