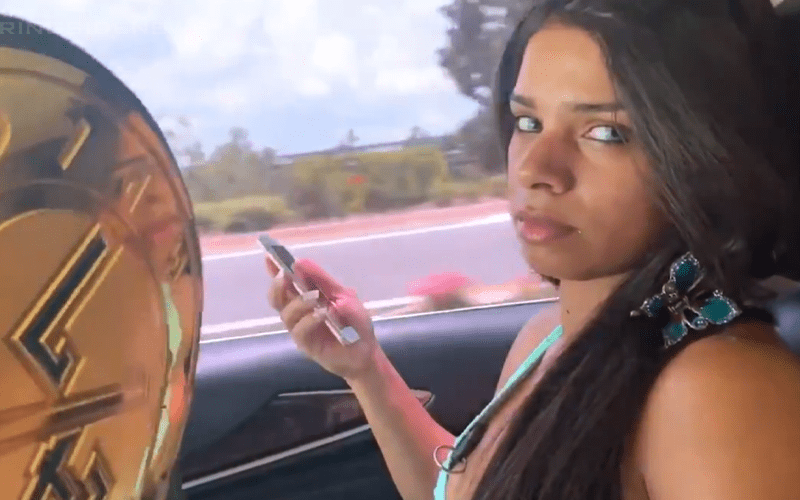 Drake Maverick married Renee Michelle and it was a very happy day… for him. Then it became a sad day when R-Truth took his WWE 24/7 Title. Things got happy again before they took off on their honeymoon because Maverick scored another pinfall backstage to win the WWE 24/7 Title once again.

We previously covered how Maverick was being rather obnoxious about the entire honeymoon experience. Because he was doing it as champion which meant that his wife had to pay to check in her own bag and Maverick got to ride in first class while his wife was stuck in coach.

Then they arrived at their honeymoon location in Orlando which made Renee Michelle even more irritated because they already live in Orlando. This didn’t seem to change Drake Maverick’s mood because he’s still the WWE 24/7 Champion.

No matter how great Maverick might be feeling as champion, his wife still won’t talk to him.

On that note, WWE referee Jason Ayers sent out a tweet to fellow referee D.A Brewer to make sure he wasn’t going to crash this honeymoon. Because it looks like it’s already plenty wrecked already.