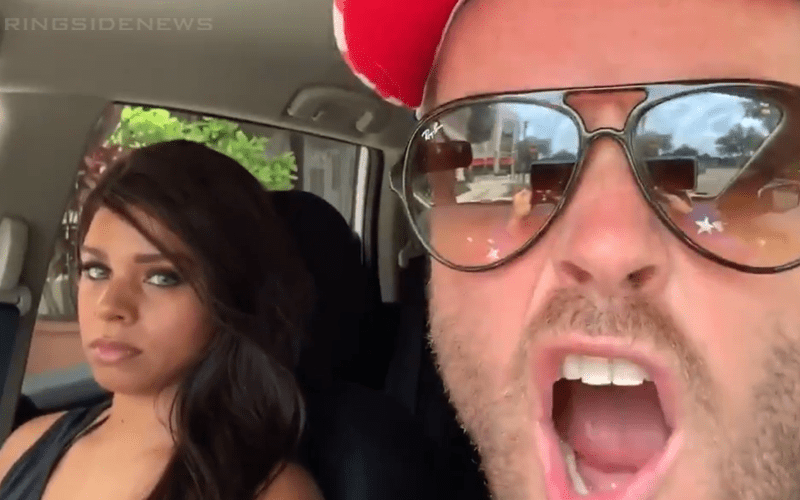 The tale of Drake Maverick and Renee Michelle’s life as newlyweds continues and it’s only getting better. At least Drake Maverick seems to be having fun while his wife’s life might be considered a bit hellish at the moment.

Drake Maverick is really into the United States’ Independence Day, especially for an Englishman. He was decked out in patriotic threads complete with the WWE 24/7 Title and was in a great mood.

His wife did not seem impressed and was even more irritated when she discovered that they were going to a party she knew nothing about.

Renee Michelle also did not seem amused when she figured out that they were going to EC3’s place for a 4th of July party during a time when they were supposed to be celebrating their honeymoon.

Let’s just see if another party guest could be a referee so EC3 can sneak a win and become a two-time WWE 24/7 Champion himself. Then again, R-Truth also might need a 4th of July party to attend as well.