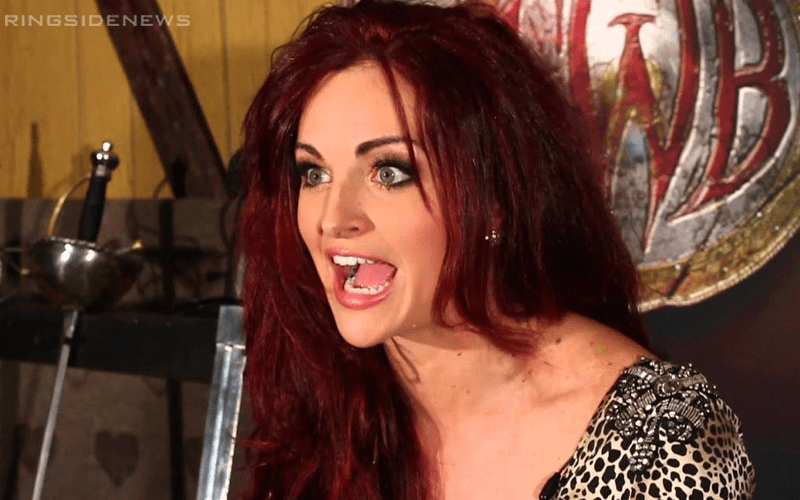 Maria Kanellis is pregnant with her and Mike Bennett’s second child. She made this announcement on Raw this week and a lot of people thought it was part of the show, but it’s very real.

Before Maria Kanellis left, she made it seem like this was an angle as she buried her husband on her way out. She said that Mike isn’t man enough to get her pregnant and even suggested that she let Becky Lynch get her pregnant next time around. Interestingly enough, this comes just two weeks after the couple signed new five-year WWE contracts worth $250,000 each per year.

Brad Shepard reported on Oh, You Didn’t Know that one source he spoke with in WWE wasn’t happy with Maria Kanellis at all about this. They called them “sh*t” and continued to say that a push shouldn’t be expected any time soon.

“According to a source in WWE, the company is upset about Maria announcing her pregnancy after her and her husband re-signed new contracts. The source described them as ‘sh*t’ and said ‘not to expect a significant push anytime soon.’

Maria Kanellis will probably be gone for another nine months at least, but she made a return to the ring in very rapid fashion after their first child was born. It seemed as though WWE could have been preparing an angle for this real-life pregnancy and since Paul Heyman wants to focus on long-term stories this could fit into his plans perfectly.

Only time will tell how everything turns out, but it is important to remember that we don’t even know when Mike and Maria Kanellis found out the pregnancy either. So they very well might not have been able to tell WWE before re-signing new contracts if they simply didn’t know themselves.