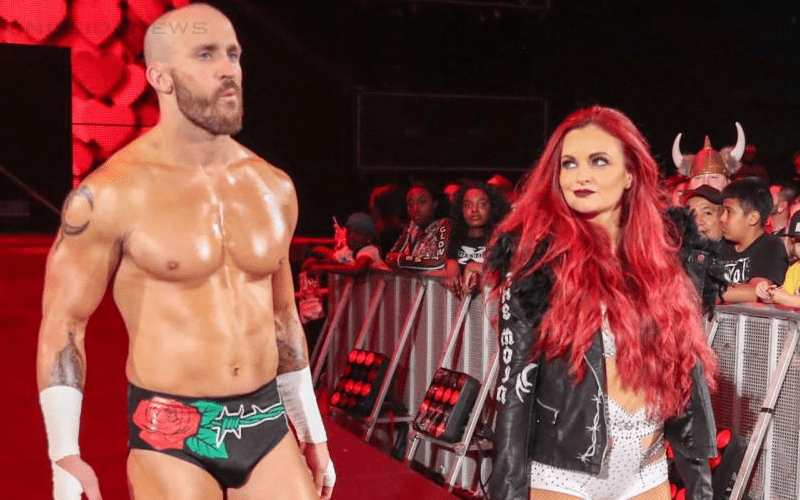 Mike Kanellis was absolutely buried by his real-life wife Maria on Raw this week. This was a very interesting creative decision, but it was one of many on the show this week to get fans talking.

Maria Kanellis said that she’s pregnant on Raw this week. Apparently, she really is with child even though she stood on the apron during a tag team match on the show this week.

Bryan Alvarez noted on Wrestling Observer Radio how this was probably the most WWE has ever paid talents when they are guaranteed not to make their money back on them. Because Maria emasculated Mike in such a huge way.

Not only did she call him her “bitch” before they went out, but after she revealed her pregnancy she doubted that Mike was enough of a man to even do it.

Dave Meltzer noted that Mike and Maria Kanellis are making $500,000 a year for five years. Therefore, they’re not going anywhere. This was right after Meltzer admitted that Mike Kanellis was buried so badly that it was the kind of treatment WWE would have given him if he was quitting the company and slated to show up on the opposition’s television product next week.

We’ll have to wait and see how things pan out with Mike and Maria Kanellis. No matter what they end up doing from this point on at least you know they’re getting paid very well for the next half a decade.