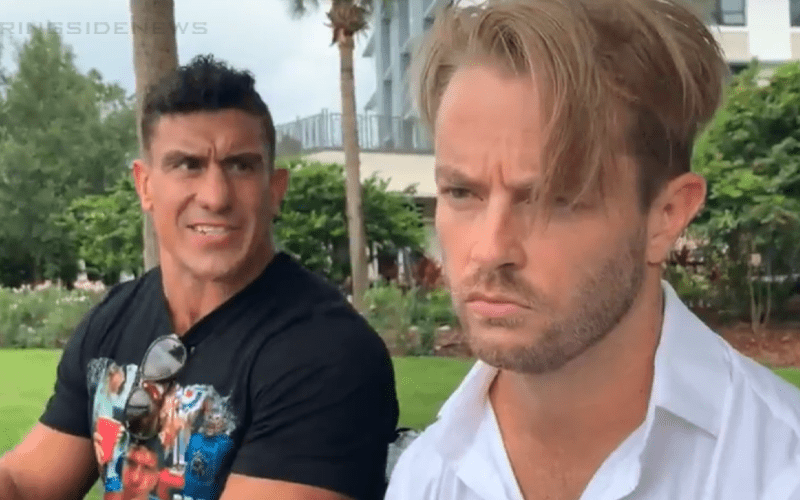 Drake Maverick is still feeling pretty down on himself. He lost the WWE 24/7 Title during his own wedding and then his wife asked for a divorce. He wasn’t even able to consummate the marriage before his wife took off.

This is where we found Drake Maverick in his latest online video. His old buddy EC3 showed up to try and give him some encouraging words while convincing him that he doesn’t need to go on a honeymoon.

You can check out the video below and we won’t spoil the ending. Suffice it to say that those two work great together and WWE really shouldn’t have pulled the plug on Drake Maverick being EC3’s manager.

R-Truth is now an eight-time WWE 24/7 Champion, but Maverick is the second longest reigning champion which he hasn’t forgotten. Obviously, he wants to become a two-time champion as well. Let’s just see if he can catch R-Truth off guard once again.