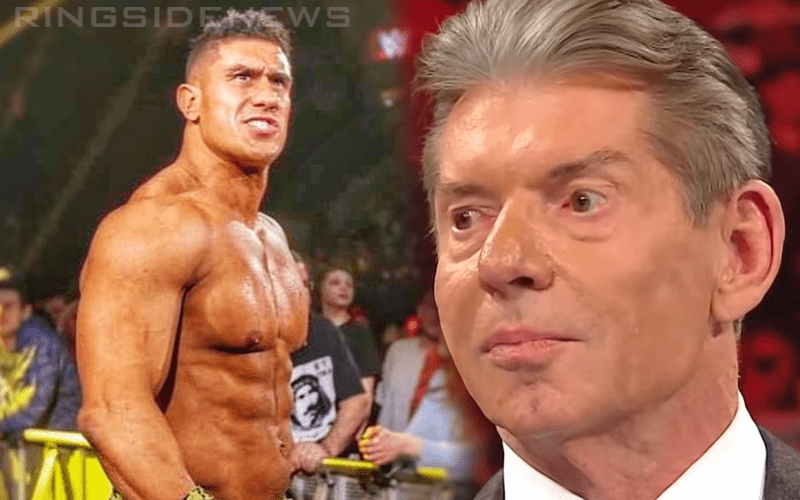 EC3’s emergence on the WWE main roster did not have the results some fans thought it would. After all, he hasn’t been used much at all unless he is being squashed. The former Impact Wrestling Champion didn’t get much time in NXT and that might not have done him any favors either.

Fans were very excited to see Drake Maverick placed with EC3 during a dark match segment before SmackDown Live a few weeks ago. However, nothing came of that at all. As it turns out, Vince McMahon simply wasn’t impressed.

The Wrestling Observer Newsletter noted that EC3 and Maverick were paired up for a trial run with a “bunch of manager spots in the match.” This was also the only reason why Harper was brought in for the show to use in this trial environment. However, when Vince McMahon saw what they did he hated it.

[Harper] was basically used as the opponent to test out the EC 3 and Maverick pairing as wrestler/manager. The agents set up a bunch of manager spots in the match. Vince then watched it and said he hated the manager spots.

EC3 will continue on whatever path WWE writes for him. However, it doesn’t appear he will be getting the best spots on the card from this point on unless something can change.

For some reason, Vince McMahon is said to not be high on EC3 at all. He isn’t the only one either as Booker T recently took an opportunity to bury him as well.