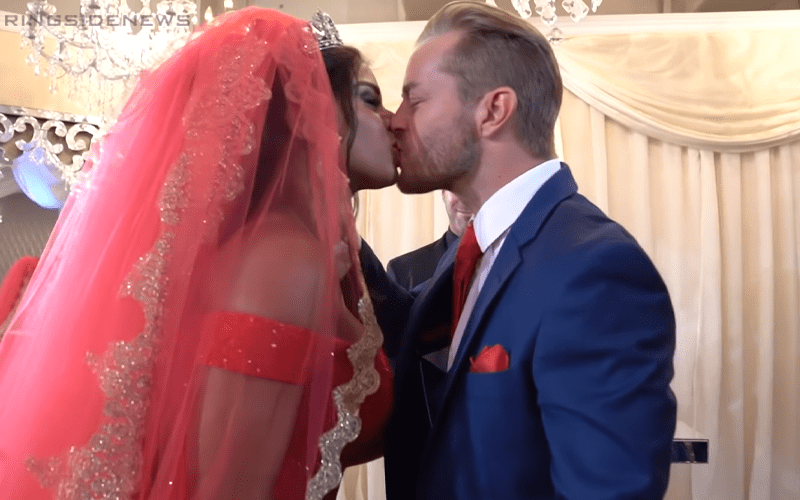 Drake Maverick made his wildest dreams come true when he became WWE 24/7 Champion. Then he lost his title right back on his wedding day.

Since then, Maverick has been in the dumps in a big way. As General Manager of 205 Live, he’s also been rather testy. Maverick’s wife told him that she wants a divorce and it seems as though the two have yet to make their marriage “official” in the bedroom.

Maverick tweeted out saying: “I still have yet to consummate my marriage.”

This is rather sad to hear, but EC3 — Maverick’s best man — tweeted back at him saying something that might be concerning or comforting depending on exactly what he meant by what he had to say

I think she wants to “talk.”

Hopefully, Drake Maverick and his wife will be able to make up even if he’s unable to regain the WWE 24/7 Title. Because pro wrestling has broken up enough couples, right?