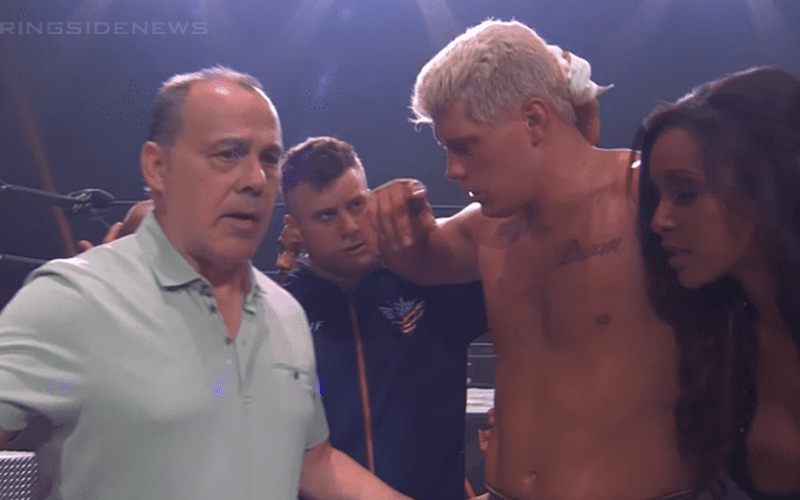 MJF didn’t win his match at AEW Fyter fest, but at least he wasn’t pinned. This was a great way to give Adam Page the win, but let MJF keep his heat. Then at the end of Cody Rhodes’ match against Darby Allin, things took a really unexpected turn when Shawn Spears busted Cody’s head open with an unprotected steel chair shot.

Plenty of people rushed to the ring to check on Cody after he went down and the blood started to pour and MJF was right there with The American Nightmare.

This was a pretty scary moment and a lot of people were legit worried about Cody, but apparently, he didn’t suffer a concussion. This didn’t stop MJF from tweeting out that everyone should leave him alone as he is still grieving over what happened to Cody.

Please leave me alone at this time. I’m grieving over what has happened to my best friend/mentor Cody Rhodes.

While adding a little tag line of “F*ck Shawn Spears,” MJF might have sent a clear message about who he wants to face next. However, with MJF being such an amazing heel the idea of him avenging Cody Rhodes or anyone for that matter is very interesting and could turn Maxwell Jacob Friedman into an even more complex character.