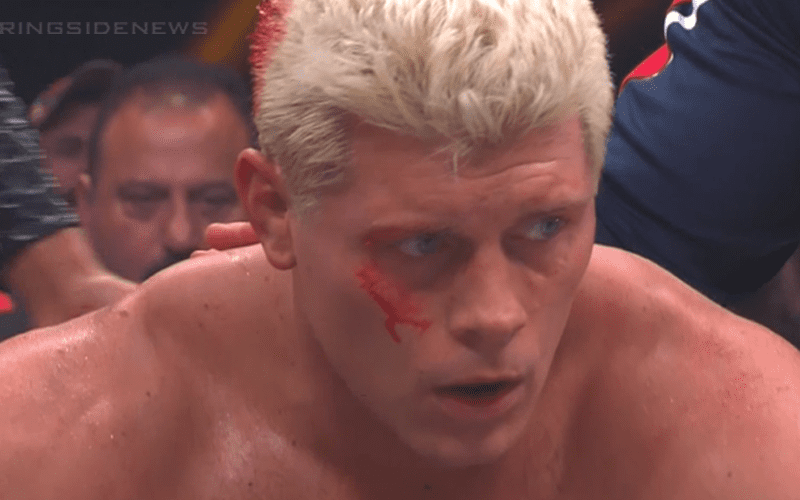 AEW Fyter Fest left a lot of people talking about the unprotected chair shot that Cody Rhodes took at the hands of Shawn Spears. This chair shot was scary and left The American Nightmare bloody on the canvas. Justin Credible did not approve.

Credible is an ECW alum and has taken part in plenty of bloody battles. He’s also busted more than a couple guys open with unprotected chair shots. Now he’s commenting about the Fyter Fest from the perspective of a veteran and he did not like what he saw.

Cody did get nailed for real. Look at how it hits the right side. Damn protect yourselves guys

This was indeed a scary chair shot that nobody saw coming. However, it was supposedly gimmicked. It was just still incredibly dangerous even if they tried to use a worked chair.

The shot was still very real and nobody can deny that seeing Cody Rhodes’ head busted open like that wasn’t concerning. At least Justin Credible was concerned enough to advise against doing this kind of thing again.