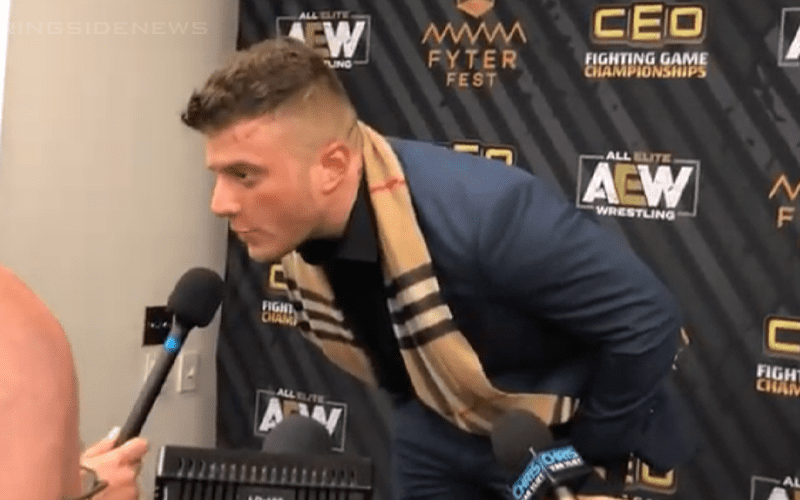 MFJ is very good at making friends and he obviously knows how to cut an interview with the media. After Fyter Fest was over he held nothing back at all.

He was asked about Cody Rhodes’ injury after taking an unprotected chair shot from Shawn Spears. MJF said he was one of the first ones out there and railed on Spears. Obviously, he’s very upset with the former Tye Dillinger and he didn’t calm down after sending out a tweet about him last night.

At the end of the day, MJF said “I’m not going to fight Cody’s battles, Cody’s a grown man.” So he won’t be running after Shawn Spears for the assault on his best friend after all. Then MJF took a shot at Hangman Page while saying that his win at the Double Or Nothing Buy In was a fluke, in fact, he’s a “fluke Seabiscuit bastard with a bum knee.”

When asked if there’s a line he won’t cross, there isn’t. He actually said that he’s nowhere near the line. Then he ended the interview by saying that his best friend Cody Rhodes and Tony Khan allow him to do “whatever the f*ck I wanna do because I’m MJF and you’re not,” before leaving quickly.

This was certainly a great post event interview scrum for Maxwell Jacob Friedman. You can check out the entire video below thanks to Bodyslam.net.