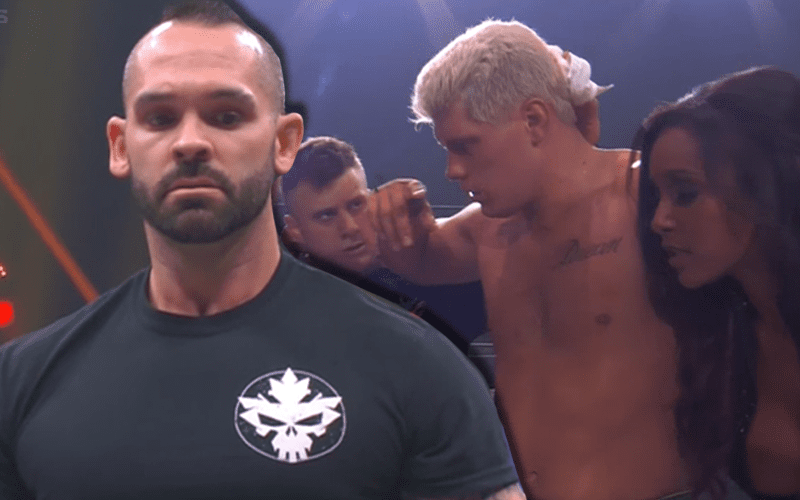 Shawn Spears sent a very big message at Fyter Fest when he showed up even though he wasn’t booked for the show. He waffled Cody Rhodes with a brutal unprotected chair shot that busted Cody open in a big way.

If you want to read our complete AEW Fyter Fest results you can click here.

After Fyter Fest, it was pretty clear that Shawn Spears used the event to turn heel in a big way. Cody needed some staples after this assault, but there is apparently no concussion.

To mock his former friend, Shawn Spears used Cody’s own words against him as he tweeted out a clip of Cody saying: “He’s a good hand” while talking about Spears. Cody spoke those words after the initial debut package for Spears was played announcing he had signed with AEW.

This was a pretty violent moment in AEW’s short history. At this point, each of Cody Rhodes’ contests in AEW have involved a lot of blood in one way or another. This time, it was his.