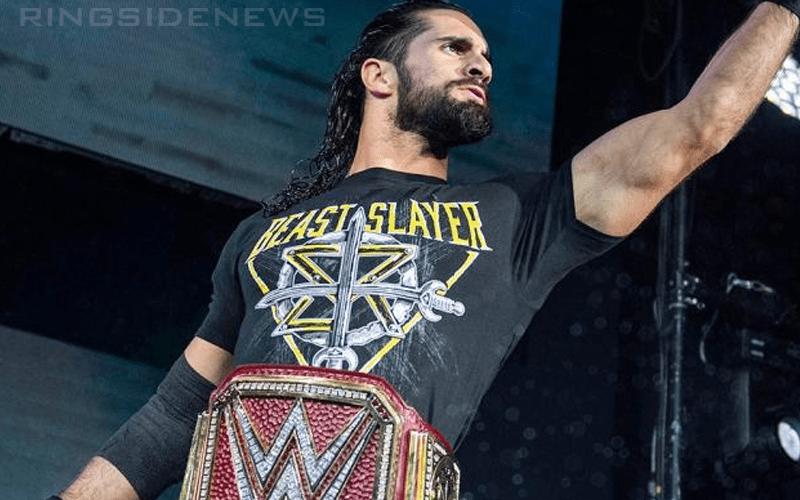 Seth Rollins is WWE Universal Champion and representing the company proudly in the midst of another pro wrestling war. AEW hasn’t even debuted on TNT yet, but they can certainly feel it in the air.

The Architect recently doubled down on his previous statement that WWE is the best pro wrestling on the planet. This brought a reply from Will Ospreay and then Rollins subsequently owned The Aerial Assassin.

Some people might like to try and poke holes in Seth Rollins’ statement or out-right not believe him. However, Rollins had a pretty great burn for one particular dirt sheet who crossed him with an animated gif of Donald Duck laughing uncontrollably at Seth’s claims about WWE’s product.

Sure do dorks. And after that PPV I stand by it even more. The crew brought it tonight. From top to bottom all out effort from every person in the ring and out. And you’re still talking/writing about it.

Seth Rollins is representing WWE proudly as the top champion on the red brand. However, you have to know that he is also well aware of not only the rest of the pro wrestling landscape, but the impression that his statements make in the process.

It seems like Seth Rollins isn’t backing down and will continue to deliver to the best of his ability as he and the WWE locker room continue to prove why WWE is #1.