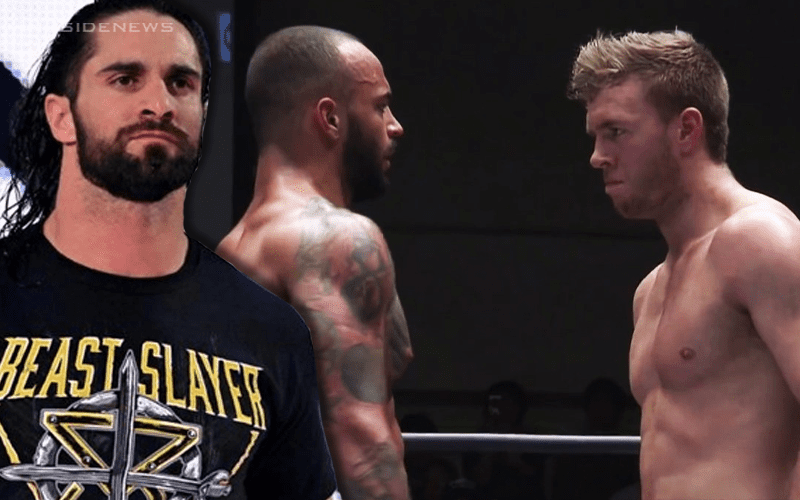 Seth Rollins doubled down on his previous comment that WWE has the best pro wrestling on the planet. He sent out a pretty bold tweet during WWE Stomping Grounds after seeing the Cruiserweight Title triple threat match during the kickoff show.

Will Ospreay commented back to this saying: “I’m alive” which is very true. Ospreay is also one of the best pro wrestlers on the planet and he’s not in WWE. In fact, Ospreay is currently tearing it up in NJPW without any noticeable intention of signing with WWE.

After he saw this tweet, Rollins responded in pretty epic fashion. He also said that WWE already has a better version of Ospreay with Ricochet. Obviously, Rollins is aware of Ricochet and Will Ospreay’s amazing battles in NJPW.

Ahhhh I’m sorry little guy. We already have a better version of you here and he just won his first US Title tonight (Congrats @KingRicochet). Keep working hard though buddy!

This was a pretty clever retort from the WWE Universal Champion. As of this writing Ospreay has yet to respond and neither had Ricochet.