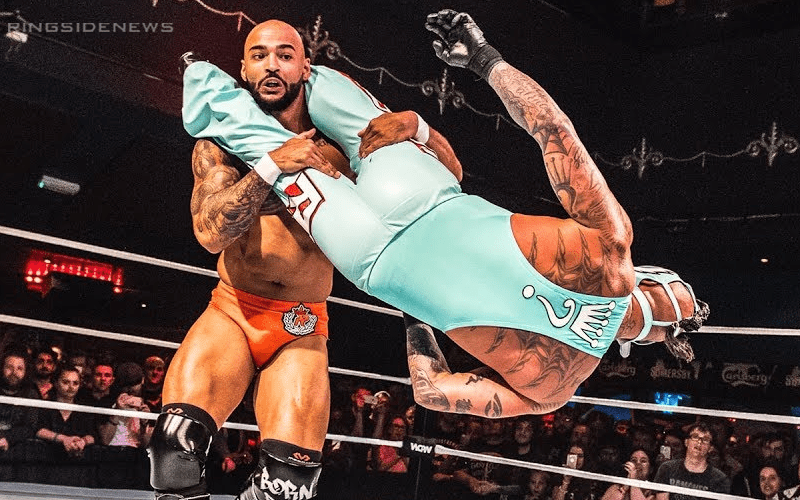 Rey Mysterio needed to relinquish the WWE United States Championship to Samoa Joe and then Rey left for a bit due to a separated shoulder. The legendary luchador injured his shoulder, but he’ll be okay very soon.

Before he relinquished the WWE United States Title, Rey Mysterio said that he’s coming back to reclaim that piece of hardware.

PW Insider notes that the word making the rounds backstage at Stomping Grounds was that Mysterio is expected to be back in early July. This is a good sign seeing how it is June 24th as of this writing.

Mysterio’s current return is reportedly targeted for the July 7th Newark, New Jersey episode of RAW. Of course, he needs to get cleared to return first, but this could be very interesting if he does come back looking to regain his WWE United States Title.

Samoa Joe dropped the WWE US Title to Ricochet last night at WWE Stomping Grounds. If Mr. 6-1-9 comes back looking to tangle with The One And Only we could have a WWE dream match.

Of course, Mysterio wrestled Ricochet in Lucha Underground, but he was wearing a mask and called Prince Puma. They have also crossed paths with Ricochet not wearing a mask on the indies. Needless to say, an actual Rey Mysterio vs Ricochet match or series of matches sounds freaking great to us.

You can check out Prince Puma vs Rey Mysterio in the video below. If those tattoos on Puma look familiar it’s because that is Ricochet.