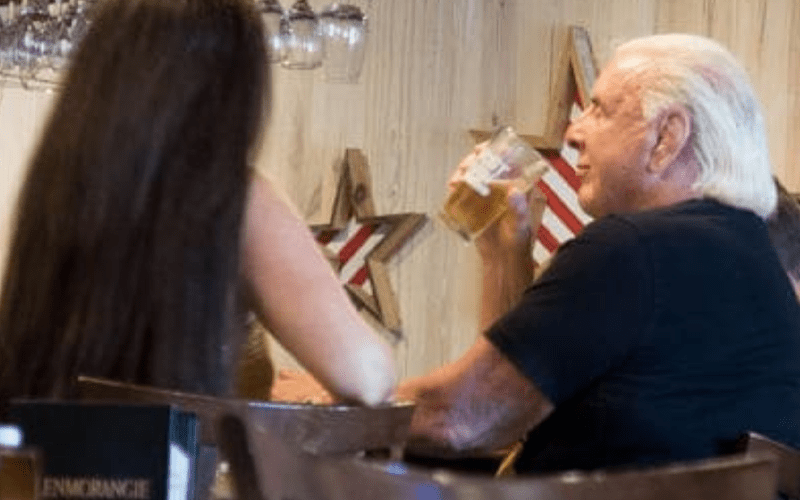 Ric Flair had to give up drinking after his health scare in 2017, or that’s what we thought at least.

Flair admitted that he will have champagne during special occasions and he’s had a couple of beers, but his recent health scare meant that he shouldn’t be drinking at all.

TMZ has obtained a photograph of Ric Flair drinking some beer while out with his family. This is quite concerning, especially not one month since his heart surgery.

It is reported that “Flair has told us he wants to live life to the fullest while he’s still here on earth.” Hopefully, he’s taking care of himself and not overdoing it. Still, it’s not a good time to be drinking at all.

Ric Flair was also just confirmed to be on Chris Jericho’s next cruise in January. That cruise is getting so much attention that some wrestlers actually want to sign with AEW just so they can go.