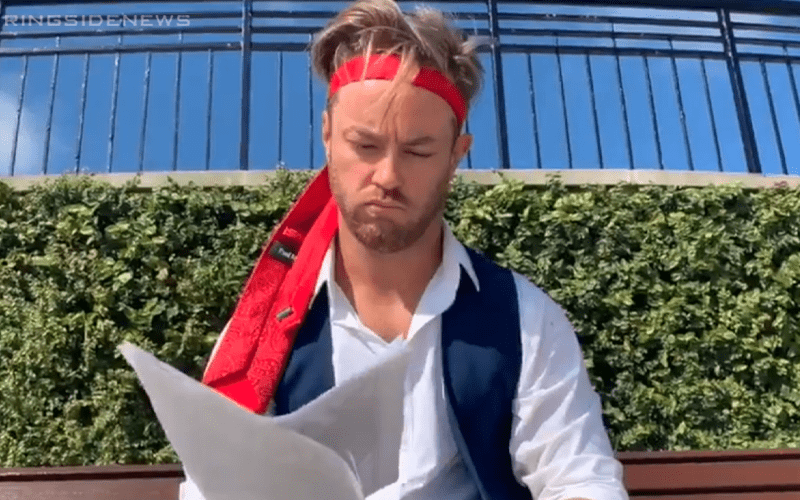 Drake Maverick won the WWE 24/7 Title, but it was short-lived. To be fair, at least he held the title longer than Titus O’Neil or Jinder Mahal. Still, Maverick would have liked to have had a longer reign as champion.

Now Drake is at a crossroads and as he sat on a bench still in his wedding suit, Maverick had a big decision to make. His necktie was transformed into a headband and the smile was gone from his face, but as Simon & Garfunkel’s “Sound Of Silence” played, the 205 Live General Manager knew what he had to do.

Maverick gathered up his wanted posters and got up before slinging his coat over this shoulder and carrying on. It was a somber moment, but in that reflection you could tell that Drake Maverick had a real revelation that his quest must continue.

You can check out the clip below. It appears that there is much more of the 24/7 Title’s story to write for Drake Maverick. Hopefully, his wife will understand why he’s not at home because he’s still on the hunt for R-Truth and a title he desperately wants back.