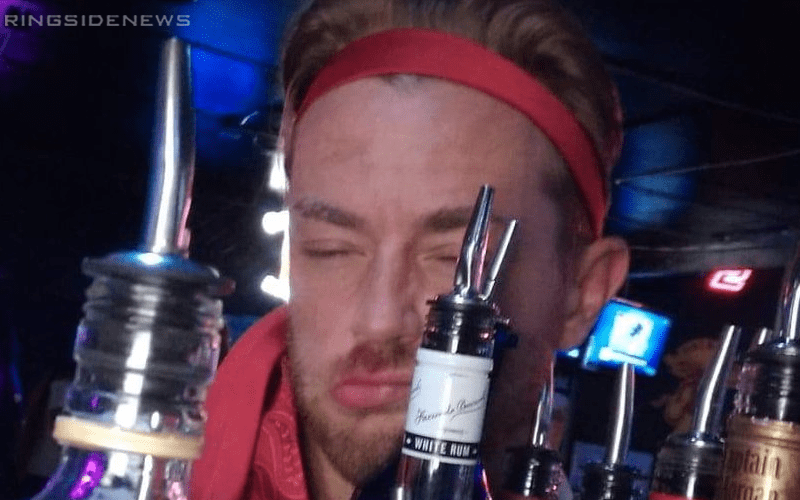 Drake Maverick chased the WWE 24/7 Title for a long time and then he finally captured the belt just before his wedding. However, he didn’t make it to his honeymoon as champion.

R-Truth crashed Maverick’s wedding and became WWE 24/7 Champion once again. This resulted in a bad time for Drake Maverick.

Not only did Maverick’s new bride Renee Michelle tell him that he wants a divorce already, but apparently, Maverick started hitting the bottle. JBL tried to be as comforting as he could when telling Drake that he’ll be married many more times, but that didn’t seem to help.

Drake posted a picture of himself hugging up with a bunch of booze instead of his new wife. This was a heartbreaking scene, but we have a feeling that this low point will be followed by more determination to keep chasing R-Truth and his WWE 24/7 Title.

In case you’re wondering how R-Truth is doing… just let the video below speak for itself.