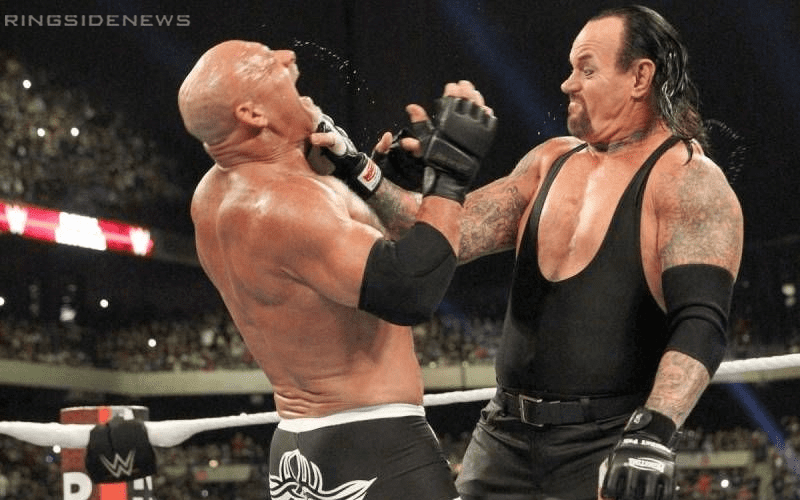 Kurt Angle is retired and he doesn’t plan on that changing at all. It won’t stop him from looking at guy who keep coming back like The Undertaker and Goldberg with respect.

On a recent Facebook Q&A, Angle discussed the fact that he will be staying a retired wrestler. He won’t wrestle again for any reason. However, he did give props to Goldberg and The Undertaker for going out there. He did suggest that they would have a much better match against a smaller opponent next time.

“I don’t see any scenario that would force me to come out of retirement, I plan on staying retired. You need to give Goldberg and Undertaker credit for getting in there and doing what they did. Both are big guys and ‘power’ wrestlers. I believe they both still have the ability to wrestle again if given the right opponents. I believe they both would have great matches with smaller wrestlers. Especially at their age. That’s my opinion.”

We will have to wait and see who Goldberg and The Undertaker wrestle next. They could decide to hang up their boots for good after their match in Jeddah, but they also might like to end their careers on higher notes.

Kurt Angle can certainly see Goldberg and The Undertaker wrestling again, just not against each other.