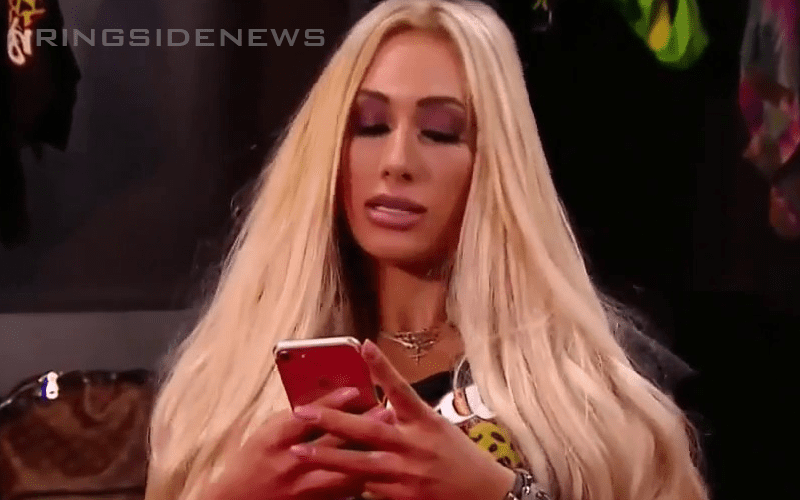 Carmella and Corey Graves are having an affair. We are not aware of how long this has been going on, but it seems to be a real thing. Corey Graves’ wife released a scathing message on Instagram telling so much about the situation.

Graves’ wife followed up on this story by releasing a video of Carmella. She is wishing Corey Graves’ daughter Lennon a happy birthday. After all, Graves’ wife said that Carmella is their daughter’s hero.

This is the kind of thing WWE Superstars will sometimes do on a Cameo account, but Lennon’s father probably pulled a few strings to get it done.

This situation could get really messy by the time it is all said and done. Let’s just hope for the best.