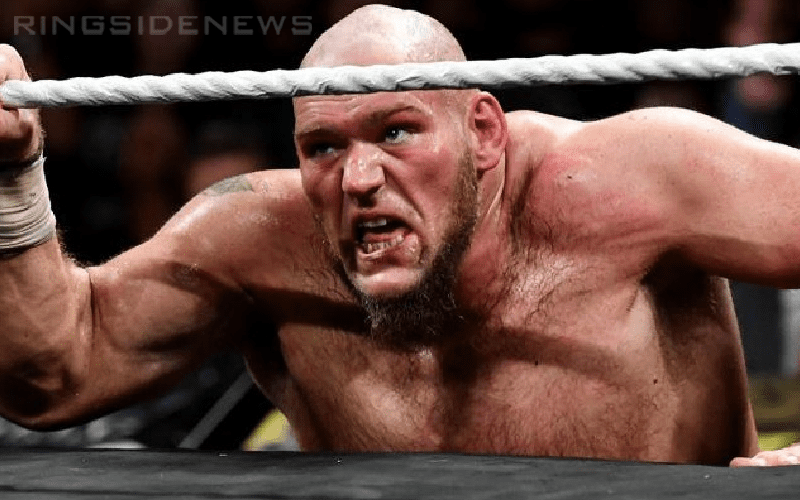 Lars Sullivan is not able to compete after a knee injury. It’s unclear exactly what is wrong with The Freak, but an MRI didn’t have the best news at all.

Sullivan will reportedly be out six to nine months with a knee injury. This is a huge dent in his momentum and it will also have him paying off that $100,000 fine that WWE leveled against him for those bodybuilding message board remarks.

It was first thought that Lars Sullivan was going to be out of action for a week or two, but he would be back. That is not the case at all.

Fightful Select reports that many wrestlers were kept in the dark backstage as even they were not aware of the extent of Lars Sullivan’s injury.

Hopefully, Lars Sullivan will be able to use this time off constructively. He could use a bit of good luck right now as well. After all, there is always the possibility that Vince McMahon could just give up on him as we previously reported.