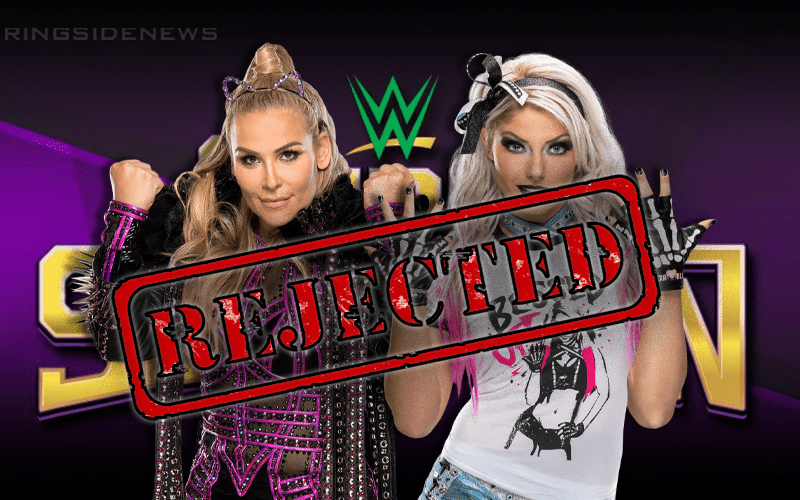 Alexa Bliss and Natalya made a very long trip to Saudi Arabia for the WWE Super ShowDown event, but they were not allowed to compete. This meant that Bliss had to go even longer without being at home with her animals.

Bliss recently spoke to TV Insider and revealed that although her and Natalya were not allowed to compete at the WWE Super ShowDown event, they still had a great time meeting children and other women.

“I didn’t really know what to expect in Saudi Arabia. I knew it wasn’t going to be like Abu Dhabi. It’s very interesting to see how everything is over there. We had fun. When Nattie and I got to interact with kids in the hospital, they knew who we were. They know the product. The show itself was awesome. It was actually a really good experience.”

It is very interesting Bliss said that children knew who she and Nattie were. Because as Dave Meltzer reported on Wrestling Observer Radio, they get a totally different version of the WWE product in Saudi Arabia with the women cut out. It is possible to watch online, but those are sometimes troublesome tactics to navigate.

Bliss then went on to discuss how the other women in Jeddah greeted her and Natalya with open arms and questions about how they are enjoying their time in Saudi Arabia.

“Every woman Natalya and I spoke to were super welcoming and asking us how we liked Jeddah. They said whatever they could do to make our stay better to let them know. Women there were just so excited to meet us. We had so many come up to us thanking us for coming and how they really hope to see a match. I think it’s definitely within reach. Everyone seems to be on board with us having match there.”

Hopefully, WWE will eventually get Saudi Arabia to allow them a women’s match so they can boast about that accomplishment. However, it didn’t happen this time around.

It is still good that Natalya and Alexa Bliss had a good time in Jeddah, even if they were rejected from performing or even being backstage at the big show.