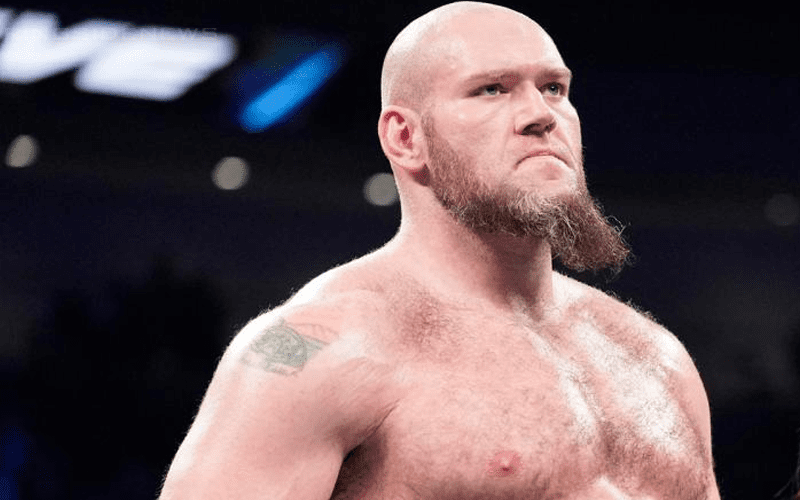 Lars Sullivan hasn’t had the best luck recently. His actual WWE debut was postponed due to an anxiety attack and then when he finally made his actual debut controversy soon followed.

Sullivan was fined $100,000 for past remarks he made on a bodybuilding message board before he signed with WWE, but the bad news hasn’t stopped.

The Freak was recently taken out of action and now it could be much more serious than anyone first thought for his knee. The Wrestling Observer Newsletter reports that Sullivan underwent an MRI this week and the results haven’t been positive at all.

At this point it is reported that “the company believes he will be out six to nine months.” This is not good news at all for Lars Sullivan and it will make it even harder to pay off that huge fine WWE put against him.