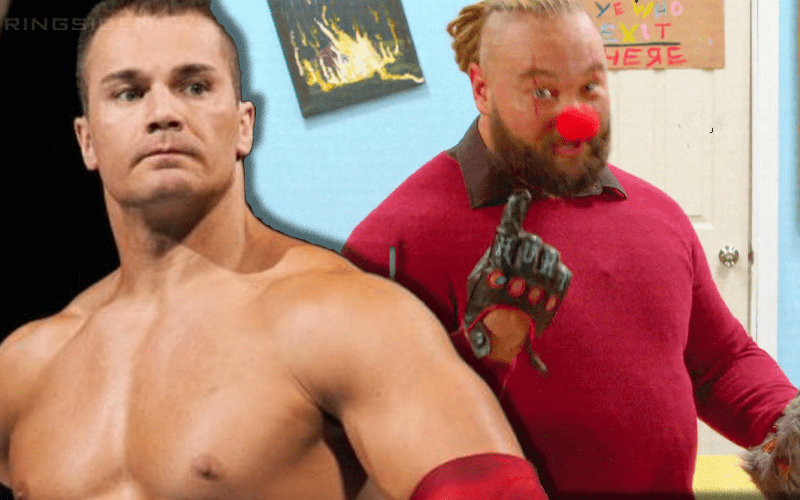 The Firefly Fun House segment had some obvious things in it that people recognized when Ramblin’ Rabbit was smashed with a giant mallet for talking about the Fun House’s secrets. Fans drew a lot of comparisons to AEW Double Or Nothing and Jon Moxley’s shoot interview.

There were a number of similarities between that episode of the Firefly Fun House and WWE. The fact that the mallet looked like dice, Wyatt had eye make-up like Chris Jericho, and Wyatt put a sign on the door warning people not to leave were all seen as clues.

However, when Lance Storm watched this segment it just cemented something that he’s been seeing all along. As an insider who actually worked in WWE, he noticed mentions to WWE’s backstage politics since the first episode as he explained on Figure Four Weekly.

“The last one again, because they killed the rabbit because he was threatening to reveal the secrets about what was really going on in the Firefly Fun House. I’m just like ‘Oh my god don’t air your dirty laundry when you leave WWE or we’re going to come and kill you.'”

“Did you not notice this? I was just like ‘Oh my god how is this going on? How is this on television?'”

“Maybe also too you never actually worked there. Maybe you wouldn’t get the hurt and heal gloves for the ‘carrot and the stick’ and when you know basically when when rabbit and the buzzard fought among themselves and the one guy ate the other guy up and he was rewarded for it. It’s like ‘Okay.'”

“I guess so I was just like, ‘Wow, unbelievable.'”

There is a saying backstage in WWE that you either get the “carrot or the stick” which means you are either rewarded or you’re presented with more of a tease to keep you chasing something that you want to happen. The fact that Mercy The Buzzard ate Ramblin’ Rabbit and was subsequently forgive and rewarded for it is also a big homage to the backstage competition in the company of burying your coworkers.

Storm also made mention to the obvious Vince McMahon puppet who was apparently an evil boss and how he threatened Huskus The Pig Boy’s job if he didn’t get in shape. All of these things happen in WWE.

We will have to wait and see what’s next for Bray Wyatt in WWE. He is slated to be at RAW this week. One thing we can bet is that Lance Storm will be watching very closely to see if WWE drops any more insider jokes about their own company.