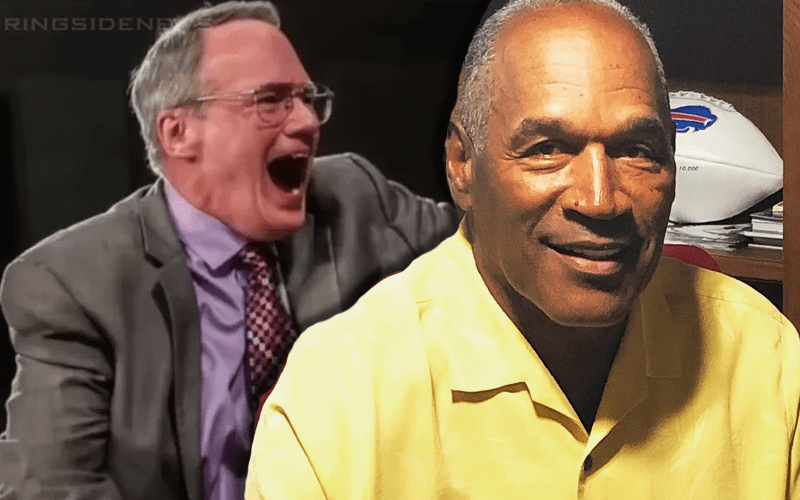 OJ Simpson is now on Twitter which has turned a lot of heads. In a very interesting note, although OJ has put out videos where he mentioned his new account by name his account still isn’t verified. Maybe that needs to change.

The famous pro wrestling manager and commentator went off on Simpson because his Ford Bronco chase ended up costing Corny around $5,000 as he estimates because that many people were at home watching him run from the law and not at Cornette’s wrestling show.

When Lance Storm pointed out that it’s been 25 years since that famous highway chase, Cornette responded: “Too bad everybody else was home watching TV — OJ Simpson owes me $5,000.”

OJ replied, but it wasn’t the real Juice… this one was apparently made from concentrate as he replied: “I don’t owe anyone money… sorta.”

This prompted Cornette to respond with much more detail about why he feels the former NFL player owes him so much cash. Please keep in mind that this fake OJ account responded to Cornette without being tagged.

If you had had the good sense to hop in that Bronco on a Thursday, we’d be fine–but it was a Friday and that was rasslin’ night in Knoxville, I lost at least 500 fans watching your shit show on free TV instead of paying to see mine!

Maybe someone should tell Corny that he’s fighting with a fake account. Because we don’t want to be the ones letting him know.