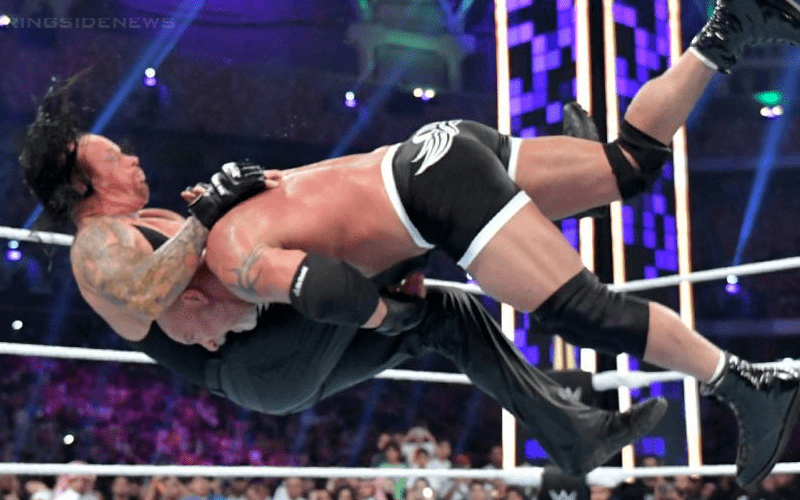 Goldberg vs The Undertaker did not end the way anyone wanted it to. Some fans were living it up as they watched the Super ShowDown main event crumble including Matt Riddle, but it was not fun to watch backstage at all.

Brad Shepard noted on Oh, You Didn’t Know that things were not viewed too well backstage when it comes to the WWE Super ShowDown main event match. In the end, much of the blame was placed on Goldberg.

“A source in WWE on the Goldberg vs Undertaker match at Super ShowDown: ‘I don’t know why they made that match so complicated. It should have been three to five hot minutes with a couple big simple moves like Goldberg vs Lesnar at WrestleMania 33.'”

“Both guys were burnt out and done that night although most in the company are blaming Bill for what happened.”

Goldberg was the one who got rocked during the match and had a concussion. After the match, the former face of WCW also collapsed in a big way and that wasn’t easy to watch either.

He decided to carry on and it resulted in some pretty sad moments and one very scary one as he almost dropped The Undertaker on his neck during a botched Jackhammer. Later on, Goldberg also nearly broke his own neck as he positioned himself incorrectly for a Tombstone piledriver.