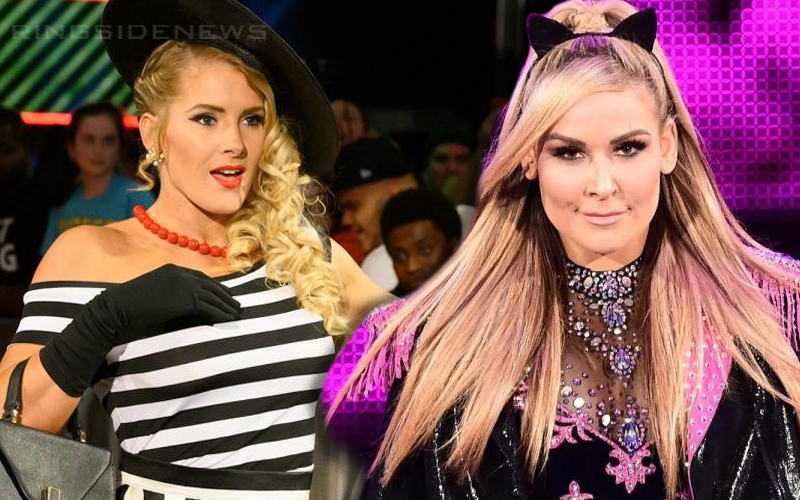 Lacey Evans is the Lady Of WWE and she’s about to do a lot more than just come out and wave before leaving. She recently started an online battle with Natalya and things got messy in a hurry.

Evans threatened to put cockroaches in Nattie’s mouth during a wrestling match and that sounded like a pretty old-school thing to do. Natalya knows a thing or two about dirty tricks so she fired back at Evans while taking a shot at her “other projects.” Little did Natalya realize that Evans had a pretty biting response all ready for her.

Meanest? That’s all you’ve got, Lacey? I’ve endured pretty much everything one can go through here- and l’m still standing. My success is the result of busting my ass for years on end while you were working on other “projects” that didn’t work out. Choke on that, Honey.


Before Lacey Evans was in WWE she was a member of the US Marines. This afforded her a chance to get involved in pro wrestling and make a smooth transition from military service to taking bumps in the ring.

Maybe Natalya should have realized that before sending out the above tweet as Evans fired back at The Queen Of Harts.

Ooooo getting personal are we? The “projects” worked out great…from my military service to my college degree, homeowner, mother, wife and now im here to take everything you’ve worked so long for. And thats working out as well #FaceOfWWE #RoleModel #OutWithTheOldInWithTheNew


We might have only seen the beginning of this feud between Natalya and Evans. It certainly sounds like things aren’t settled just yet.

Hopefully, working with Natalya will also give Lacey Evans some more experience so she can excel the next time she’s in a big match situation. Because Vince McMahon sees big things in Lacey Evans’ future which he apparently hasn’t given up on yet.