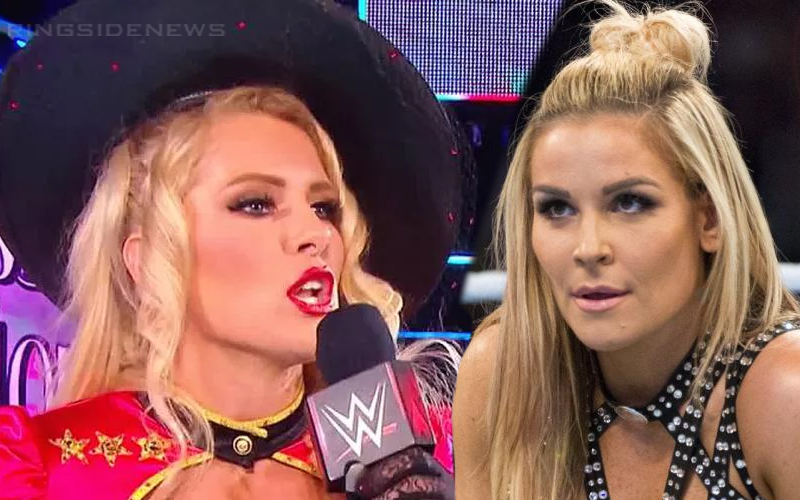 Lacey Evans is the Lady Of WWE, but that doesn’t mean she’s not willing to try some dirty tricks in the ring.

Evans is trying to find her place on the RAW roster since failing to defeat Becky Lynch at Money In The Bank. It appears she might be starting something with Natalya after this online exchange.

Nattie posted a picture of Evans’ bag and noted that there seem to be some dead cockroaches on a napkin next her Lacey’s signature hat. When Natalya asked Lacey Evans why she was saving those dead roaches Nattie did not like the reply she received.

Don’t get mad now honey. You’re messin with the meanest one in the game. And you’re about to choke on more than just your pride.

Natalya didn’t seem to be too happy about what Evans had to say, but she couldn’t have been expecting a pleasant reply.

We will have to wait and see if those two will start a feud at this point, but don’t expect Lacey Evans to disappear so quickly after walking and waving because apparently she could be coming armed with dead cockroaches.