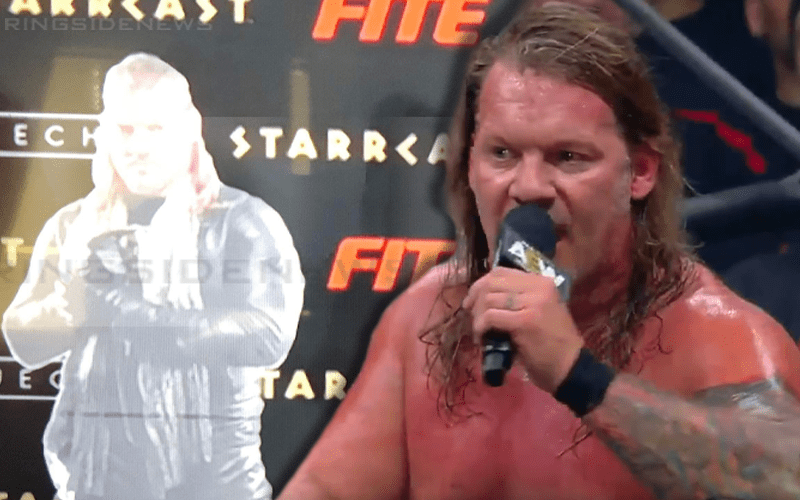 Chris Jericho won the main event match at AEW Double Or Nothing. This was a pretty big deal as it now puts him in the ALL Elite World Title match at All Out on August 31st in Chicago. Despite his big win Jericho still felt snubbed because he was never given a proper thank you.

The next afternoon at Starrcast, Chris Jericho was scheduled to have a live Talk Is Jericho in front of the Las Vegas crowd. However, he refused to take part in the event. Instead, a life-sized cardboard stand-up was in Y2J’s place.

Fightful Select reports that “Starrcast knew about a month out that meet & greets wouldn’t be happening with Chris Jericho.”

It is reported that Jericho asked to move the time of Talk Is Jericho show back as well. He also no-showed the All In After Party after saying he would be there.

You have to give Jericho and Starrcast credit for working together on this to sell an angle. They still kept promoting the appearance to help sell Jericho’s displeasure of AEW Double Or Nothing’s result and how he was treated.